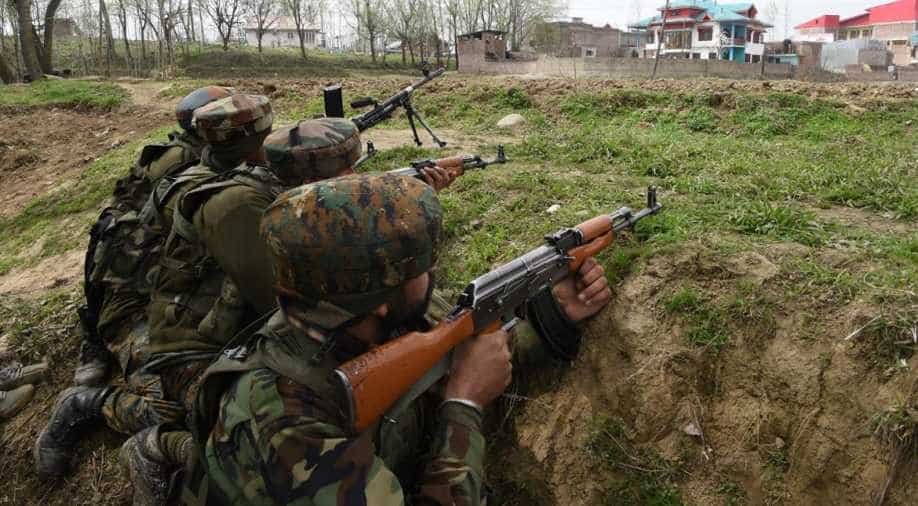 There were no reports of any casualties so far. (Representative image) Photograph:( AFP )

The exchange of fire is underway. Security officials have cordoned off the area.

An encounter broke out between the security forces and terrorists in Aripal area of Tral in South Kashmir's Pulwama district on Saturday.

The exchange of fire is underway. Security officials have cordoned off the area.

However, no casualty or injury has been reported as yet.

Earlier on Friday, a civilian was shot at by a terrorist in Pulwama district.

The injured was later shifted to the hospital for medical treatment.

The Valley has been witnessing a spurt in terror activities for the past few months.

Last month on December 13, Two terrorists were gunned down in an encounter in Baramulla district.

On November 23, six terrorists were gunned down in Anantnag district in an encounter between security forces and terrorists.