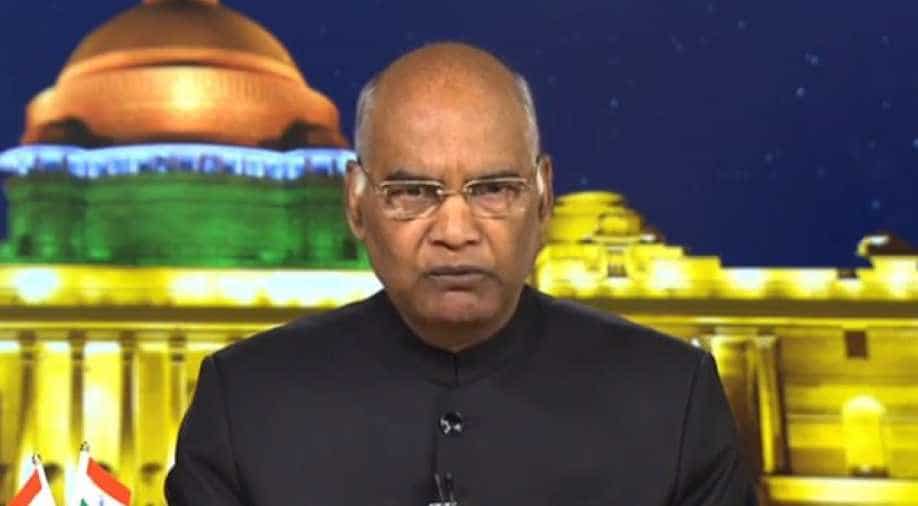 Republic Day 2019 is an opportunity for all citizens of the country to remember independence, equality, and brotherhood, he added

''This year, the citizens of India will get a chance to fulfil an important responsibility. All of us have to use our voting rights in coming General elections for 17th Lok Sabha. This election will be special as 21st century born voters will vote for the first time,'' he said.

Republic Day 2019 is an opportunity for all citizens of the country to remember independence, equality, and brotherhood, he added

This Republic Day is important for us in a special way, he said and added on October 2, we'll celebrate 150th birth anniversary of Mahatma Gandhi. Not only for India, but this anniversary is also an opportunity for the entire world to understand, adopt and implement his principles. he said.
.
''Apart from education, art, medicines and sports, our daughters are now creating an identity for themselves in the three Armed Forces as well. In topmost educational institutes, often there are more daughters than sons among medal-winning students,'' Kovind said.

Society experiencing rapid changes and everyone must be prepared for conversations even if they are inconvenient.

''Our voyage is far from complete. There are still waters to cover, still gaps to fill and still tears to wipe: President,'' Kovind said.