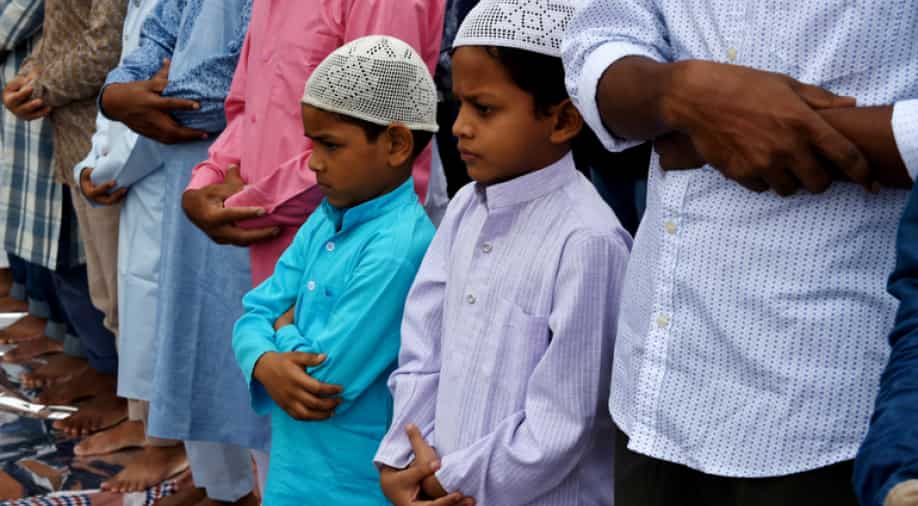 Eid ul-Adha was celebrated on Wednesday with religious fervour across the Kashmir valley with Muslims thronging eidgahs and mosques for congregational prayers and to commemorate the sacrifice by Prophet Ibrahim in the way of Allah.

The celebrations, however, were marked by isolated incidents of stone pelting by miscreants outside some eidgahs after the prayers with the police exhibiting "utmost restraint in containing the stone pelters."

Men and women of all ages, dressed in their best, thronged eidgahs, mosques and shrines here and in other parts of the Valley for congregational Eid prayers, the officials said.

Eid ul-Adha is also known as the festival of sacrifice or Bakrid and Eid ul-Azha.

Hazratbal witnessed the largest Eid gathering in the Valley while big congregations were reported from eidgahs at Allochi Bagh and other places in the city.

Similar gatherings were reported from other district headquarters and major towns of the Valley.

Dressed in their best, Muslims came out early in the morning to offer special Eid prayers at mosques.

After the prayers, they hugged and greeted each other before setting off for the ceremonial sacrifice of animals.

A police spokesperson said Eid-ul-Azha was being celebrated across valley with huge religious fervour and gaiety.

"Eid prayers concluded peacefully across the Valley in which thousands of devotees attended the prayers in different parts of valley," he said.

He, however, added that isolated incidents of stone pelting by miscreants were reported from eidgah in Srinagar, Janglat Mandi in Anantnag and Sopore in Baramulla districts after the conclusion of Eid prayers, he said.

"The police, however, exhibited utmost restraint in containing the stone-pelting mobs," the spokesman said.