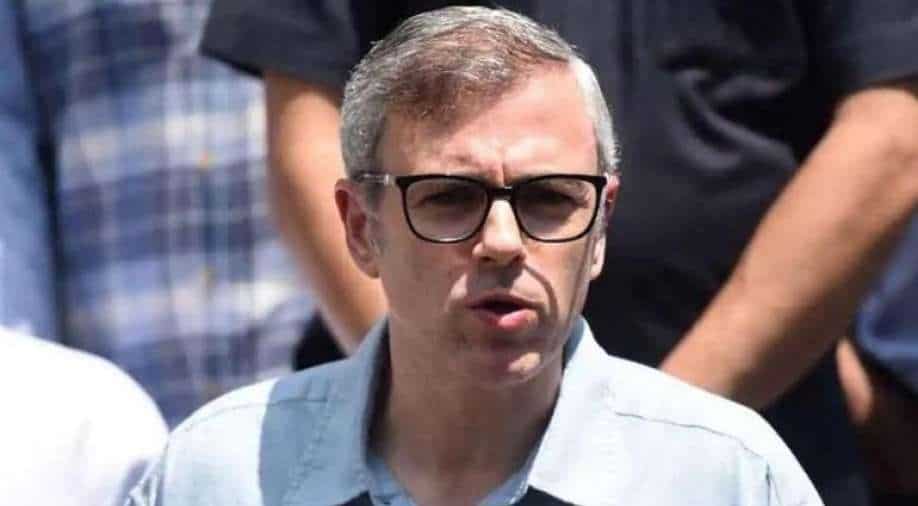 Abdullah had appeared before the investigators at around 11 am at ED's headquarters. The leader was earlier summoned by the ED and asked to visit its office on Thursday. The officials seem to be taking statement of Abdullah, who has been accused of opening several accounts in the Jammu and Kashmir Bank, through close aides, like Ahsan Mirza, who was authorised to sign cheques, an ANI report said

Former Chief Minister of Jammu and Kashmir and Vice President of National Conference Omar Abdullah has been questioned by Enforcement Directorate (ED) in New Delhi on Thursday. According to a source in the ED, the questioning was done in a case related to Jammu and Kashmir Bank.

The National Conference has called it ‘vicious vilification campaign’. NC has said that central government has made a habit of misusing investigative agencies.

Abdullah appeared before the investigators of the agency at around 11 am at its headquarters. The leader was earlier summoned by the agency. He was asked to visit its office on Thursday.

Also Read: Indian companies to give an average pay hike of 8-12 per cent in 2022, says report

“The central government has made a habit of misusing investigative agencies, and this is another step in the same direction. No political party that puts up meaningful opposition to the BJP has been spared, whether it is the ED, CBI, NIA, NCB - all have been used for political purposes,” said National conference in a statement.

The National conference said that Omar Abdullah despite Ramzan and Delhi not being his place of residence, didn’t postpone the date of questioning and went ahead with it. They have said that elections might take place in Jammu Kashmir this year, and due to this, BJP is using agencies to target other party leaders.

“There was a time when elections were announced by the EC but now it seems that elections are announced by the ED. Over recent years, we have seen that wherever state elections are due, agencies like the ED move in and target those parties who pose a challenge to the BJP. This summons to our Vice President is in the same vein. We have no doubt that this fishing expedition will yield no concrete results to the BJP and the people will give a ringing endorsement to the national conference as and when required,” said National Conference.

The ED hasn’t given out any further details about the case Omar was questioned for.

The officials seem to be taking statement of Abdullah, who has been accused of opening several accounts in the Jammu and Kashmir Bank, through close aides, like Ahsan Mirza, who was authorised to sign cheques, an ANI report said.

Mirza, was also appointed "treasurer" of JK Cricket Association (JKCA) by Abdullah when he was president even when Mirza was not an elected office-bearer.

Parallel accounts of the association were also opened in connivance with a senior executive of the bank, sources claimed.

In July 2019, the ED had also questioned Abdullah on the statements of Mirza and other associates, who were earlier questioned by the agency.