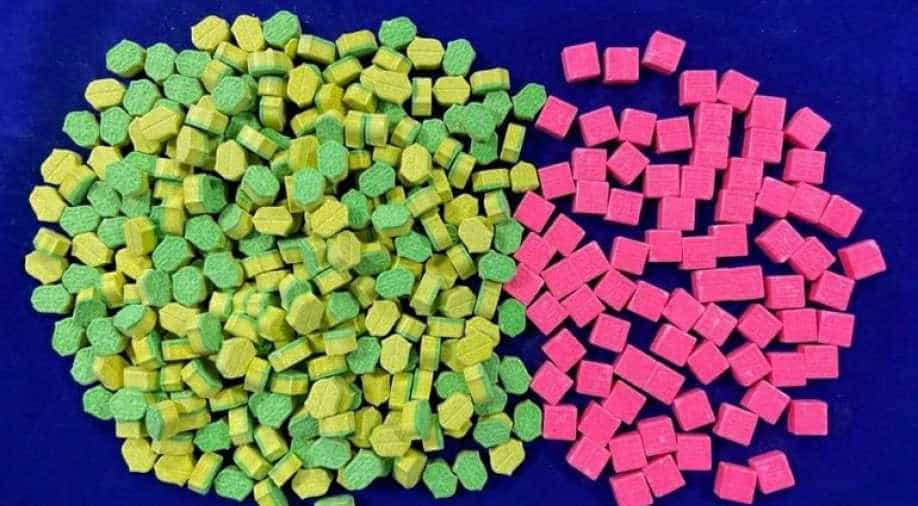 At a time when even liquor is overpriced and rare to get hold of in a few states, a young man in Andhra was about a receive a foreign post of high-value drugs, but the plans were thwarted.

Customs officials in Chennai seized a Foreign post parcel that contained 400pills of banned narcotic substance Ecstasy worth Rs12lakhs. An Andhra-based smuggler who was the recipient of the parcel has also been arrested.

According to Officials, a parcel from Haarlem, the Netherlands which was consigned for Bhimavaram in West Godavari District of Andhra Pradesh was detained, based on intelligence inputs.

On examination, the parcel contained a tiny toy box within which two plastic pouches with coloured tablets were found. Those 400 tablets in green-yellow and pink colour, tested positive for narcotic substance MDMA (3,4-methylenedioxymethamphetamine).

“We had made two earlier seizures of MDMA this year. During the nationwide lockdown, Cannabis which was sent to Andhra Pradesh via foreign post from America was seized. There have been other cases in the past also where drugs have been seized ”, Rajan Chaudhary, Commissioner Customs told WION.

"Based on searches carried out at the recipient address(550km away from Chennai), the accused, a 27-year old engineering dropout was brought to Chennai by road. It was learnt that he had booked the parcel via Dark Web and made the payment via Bitcoin. The individual confessed to his role in smuggling before the magistrate and the accused was remanded in judicial custody," Rajan Chaudhary added.

MDMA, which is commonly known as Ecstasy, is a party drug that alters mood and perception. It is chemically similar to stimulants and hallucinogens which produce feelings of increased energy and pleasure. The seized pills are highly potent as they contain over 200mg MMDA per pill. Even dosages above 120mg are considered to be fatal.