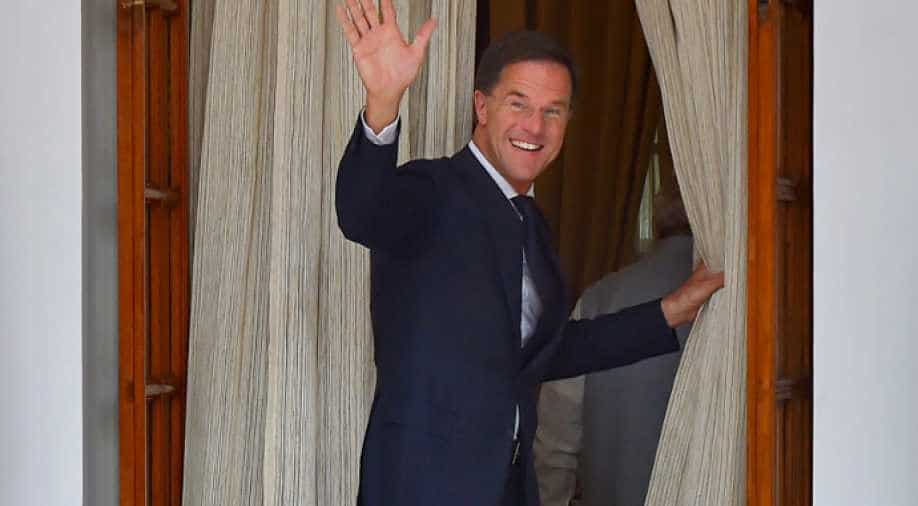 Rutte arrived in India today on a two-day visit.

Rutte arrived in India today on a two-day visit.

Reports said the Dutch PM was returning home after investigators concluded the Malaysian Airlines flight 17 which was downed in Ukraine in 2014 was hit by missile from a Russian military unit.

The plane which had 298 people on board crashed into a territory held by pro-Russian separatists. Two-thirds of the passengers in the flight were Dutch. There were no survivors.

On Thursday, Prime Minister Narendra Modi and Rutte had held delegation-level talks to step up economic and political ties between the two countries.

The Dutch PM was scheduled to visit Bengaluru on Thursday night to attend programmes there on Friday.