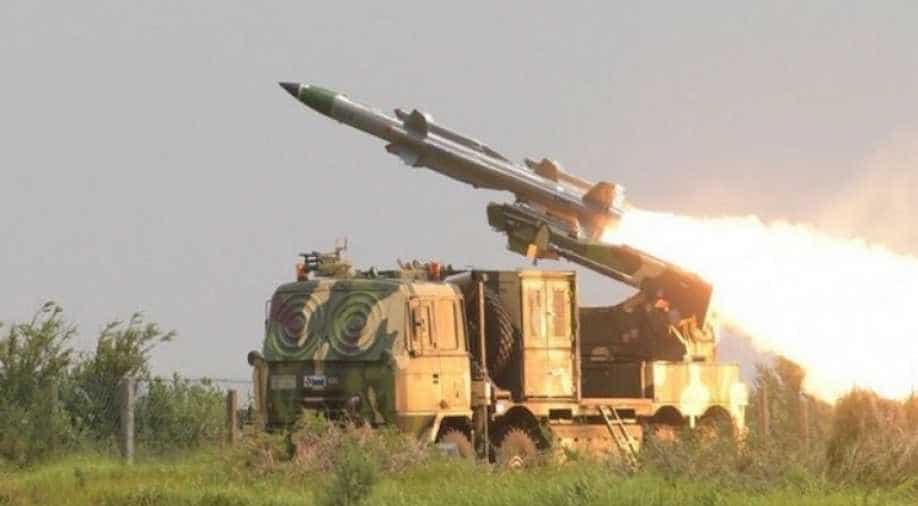 DRDO on Monday successfully test fired the new version of the Akash surface to air defence missile system with a new indigenously-developed seeker.

The missile was test-fired in Balasore off the Odisha coast.

This is a new version of the missile fitted with an indigenous seeker.

The missile was developed as part of Integrated Guided-Missile Development Programme (IGMDP) other than Nag, Agni, Trishul, and Prithvi missiles.

The supersonic Akash missile has a range of around 25 km and up to the altitude of 18,000m.

The missile uses high-energy solid propellant for the booster and ramjet-rocket propulsion for the sustainer phase. The missile system is said to be highly mobile.

Several variants of the missile- Akash MK1, Akash-MK2 with improved accuracy and higher ranges are under development by the Defence Research and Development Organisation (DRDO).

The Akash missile system was formally inducted into the Indian Air Force on July 10, 2015, and in Indian Army on May 5, 2015. In September that year, the Defence Acquisition Council cleared seven additional squadrons of the missile for the Air Force.

However, the missile system has been bogged in controversies with a Comptroller and Auditor General (CAG) report in 2017 stating that as many as 30 per cent of the missiles failed when tested.

The Indian Army too had said in 2017 that the missile does not meet its operational requirements due to higher reaction time.

Besides that, five regiments of renowned S-400 air defence system are under procurement from Russia. The delivery is slated to begin in 2020.