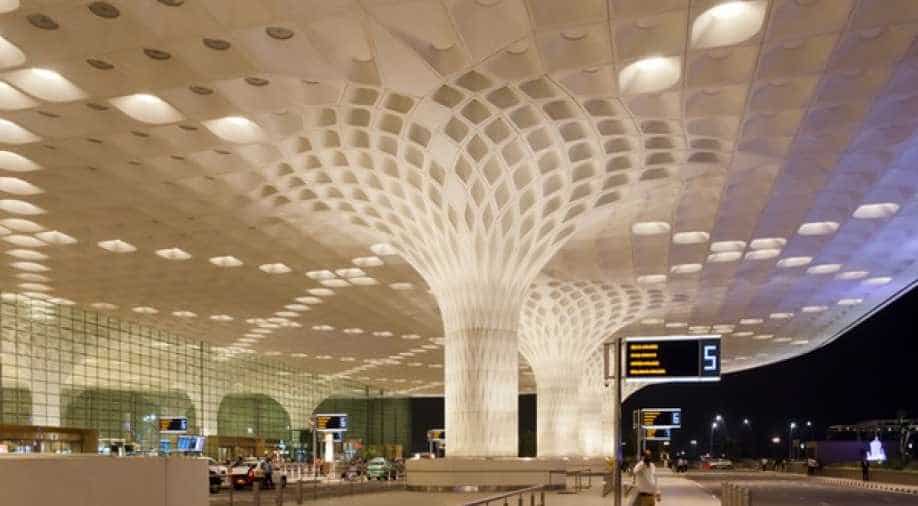 The first flight on Monday is scheduled to depart from Mumbai for Patna at 4.20 AM. Similarly, the first flight from Delhi airport would depart for Kolkata at 4.30 AM. Both flights are from IndiGo airline.

Indian skies will open up for domestic passenger flights from Monday after a gap of two months even as Maharashtra, West Bengal and Tamil Nadu expressed reluctance to deal with so many incoming passengers amid the coronavirus pandemic.

The above mentioned states are home to some of the busiest airports in terms of passenger traffic.

Maharashtra Home Minister Anil Deshmukh said on Twitter on Sunday that it is "extremely ill-advised" to reopen airports in red zones. West Bengal Chief Minister Mamata Banerjee said she would urge the Centre to postpone the resumption of domestic flight services at Kolkata and Bagdogra airports by a few days.

The confusion, however, seemed to near an end as it was announced that the Mumbai airport would deal with only 50 domestic flights per day from Monday while the Kolkata and Bagdogra airports in West Bengal will handle domestic services from May 28. They will each handle only 20 flights per day.

The Hyderabad airport will deal with only 30 domestic flights per day from Monday, and there will be no domestic services at the Vijaywada and the Vizag airports on Monday, officials said.

The first flight on Monday is scheduled to depart from Mumbai for Patna at 4.20 AM. Similarly, the first flight from Delhi airport would depart for Kolkata at 4.30 AM. Both flights are from IndiGo airline.

The government last week announced the resumption of domestic flight services from May 25 under specific rules and guidelines like a cap on ticket pricing, wearing of face masks by passengers, no food served onboard planes and making available details of medical conditions by travellers through Aarogya Setu app or by filling up of a self-declaration form.

The government's decision came as the aviation sector was reeling under severe stress triggered by the coronavirus lockdown that began on March 25.

However, many states expressed serious reservations about the Centre's decision to start flight services. Karnataka, Tamil Nadu, Kerala, Bihar, Punjab, Assam and Andhra Pradesh have announced their respective quarantine measures for passengers arriving at their airports.

Some states decided to put passengers on mandatory institutional quarantine while several others talked about putting them under home quarantine.

However, as the states remained adamant on the matter, the central government is trying to create coherence in quarantine rules for flyers. Bookings have been opened for around 1,050 domestic flights that will operate on Monday.

The Uttar Pradesh government said air travellers to the state would be home quarantined for 14 days unless they are staying for less than a week or if they clear the coronavirus test earlier. Passengers will have to follow the laid-down home quarantine protocol.

The Jammu and Kashmir government said on Saturday that all incoming passengers will have to undergo "administrative quarantine" for a fortnight.

Similarly, the Kerala government said on Friday that all flyers will be put into 14 days' home quarantine and that it has made an exception for those coming for business purposes or for a short duration.

Punjab Chief Minister Amarinder Singh had said all incoming passengers will be put in home quarantine for 14 days while the Bihar government said that travellers will be put on "paid quarantine" for the same period.

Passengers coming to Andhra Pradesh would be put under home quarantine, said the state government, adding that once their test results for COVID-19 come negative, they will be relieved from quarantine.

The Assam government on Friday said it will be putting flyers on a 14-day quarantine. The passengers might be distributed equally in home quarantine and government quarantine, it clarified.

Karnataka government's health ministry made it clear said that anyone coming from states where there is "high prevalence" of COVID-19 will be kept in institutional quarantine for seven days and if tested COVID-negative, the passenger will have to spend the next seven days in home quarantine.

The passengers coming through remaining states in the country to Karnataka will have to undergo 14 days of home quarantine.

However, the Karnataka health department clarified that special cases where businessmen are coming for urgent work will not require to undergo any quarantine if they bring test results that are not more than two days old and show them COVID-negative.

Puri's announcement on Wednesday that airlines will resume domestic passenger flights from Monday came as a big breather for the aviation sector.

The Ministry of Health and Family Welfare (MoHFW) on Sunday issued guidelines for domestic travel, advising passengers to download the Aarogya Setu app on their mobile devices and asking states to ensure thermal screening at the departure point of airports, railway stations and bus terminals.

Asymptomatic passengers should be permitted to travel after being asked to self-monitor for 14 days, the ministry said.

Dos and Don'ts shall be provided along with tickets to travellers by the agencies concerned, said the ministry's guidelines for domestic travel (air/train/inter-state bus travel).