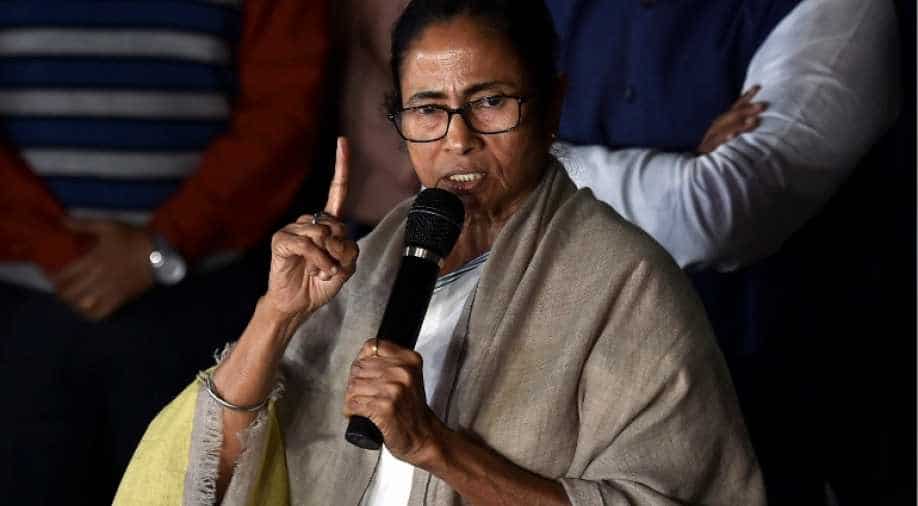 Banerjee has termed her dharna as 'satyagraha' against the CBI and the Centre, which she said was attempting a 'coup' in Bengal.

West Bengal Chief Minister Mamata Banerjee Monday said that her dharna against the CBI's attempt to grill the Kolkata Police chief in the chit fund scam cases will continue till Friday in view of the upcoming boards examinations.

Banerjee is sitting on a dharna at the Metro Channel in Esplanade area in the heart of the city, the same spot she had sat on a 26-day fast in 2006 against the acquisition of farmland at Singur for the Tata Motors factory.

She has termed her dharna as "satyagraha" against the CBI and the Centre, which she said was attempting a "coup" in Bengal.

"This demonstration will continue till February 8. Because the boards examinations will be starting soon and we will not be playing the loudspeakers," she said.

Earlier in the day, Banerjee had said she would continue her "satyagraha" till the country and its Constitution are "saved".

A CBI team had gone to Kolkata Police Commissioner Rajeev Kumar's residence in the city on Sunday to question him in connection with multi-crore chit fund scams but was denied permission, bundled into jeeps and whisked to a police station.

National Security Advisor Ajit Doval is directing CBI to harass political opponents on the orders of the prime minister.

Effigies of Modi and Shah were burnt in several parts of the state including Burdwan, Birbhum, South 24 Parganas and North 24 Parganas districts.

Trinamool activists also blocked trains in Howrah and Hooghly districts and put up blockades on the national highway in Bankura district.