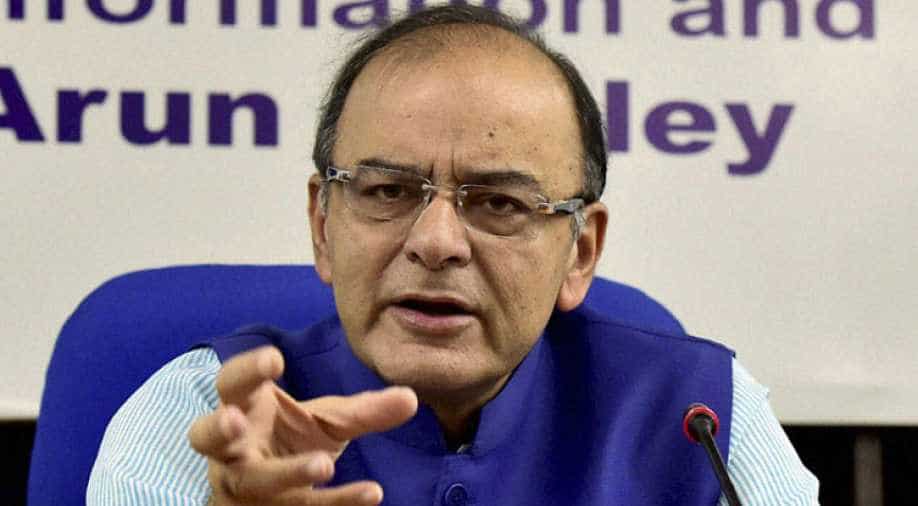 In his blogpost, Jaitley said?the demonetisation process was started soon after the BJP came to power in 2014. Photograph:( Zee News Network )

On the eve of the anniversary of demonetisation, finance minister Arun Jaitley addressing reporters said demonetisation choked terror funds, asserting that during the UPA government there was "policy paralysis".

Even as Jaitley declared demonetisation as a "watershed moment in the history of Indian economy” India's opposition led by the Congress said they would observe November 8th as an "Anti-Black Money Day".

Jaitley was quick to react to UPA's criticism, saying: "There was complete policy paralysis during UPA."

Earlier writing in a blogpost, the finance minister had said that the process was started soon after the BJP came to power in 2014.

"When the country is participating in “Anti-Black Money Day”, a debate was started that whether the entire exercise of demonetisation has served any intended purpose," Jaitley said in his blog, adding,"one of the important objective of demonetisation was to make India a less cash economy and thereby reduce the flow of black money in the system."

Based on big data analytics, cash seizure by Income Tax Department has more than doubled in 2016-17 when compared to 2015-16; during search and seizure by the Department Rs.15,497 crore of undisclosed income has been admitted which is 38% higher than the undisclosed amount admitted during 2015-16, Jaitley noted in his blogpost.