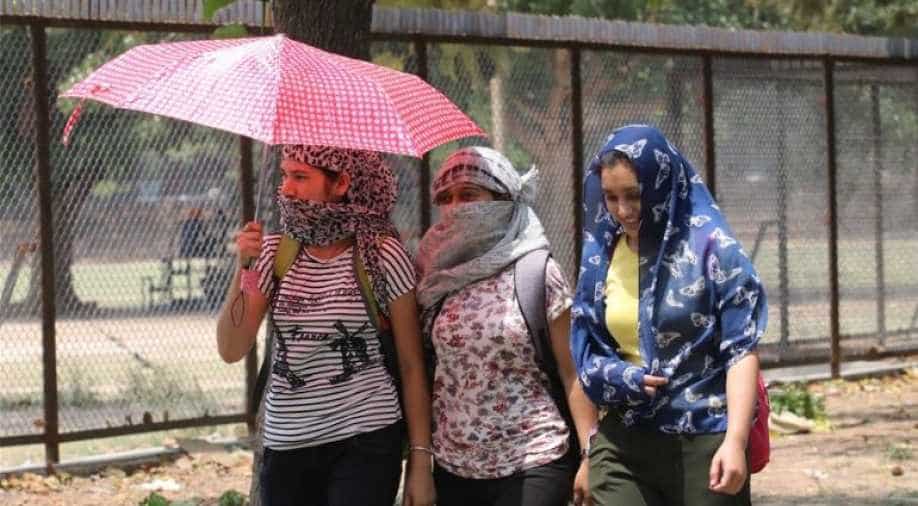 The intense heatwave led to record high daytime temperatures on Tuesday in many places across the country including the national capital Delhi.

The Safdarjung Observatory, which provides representative figures for the city, recorded a maximum of 46 degrees Celsius.

The last time the mercury at the Safdarjung weather station touched the 46-degrees-Celsius mark was on May 19, 2002, said Kuldeep Srivastava, the head of the regional forecasting centre of the India Meteorological Department (IMD).

The last time the Palam Observatory recorded such a high temperature in May -- 47.6 degrees Celsius -- was on May 18, 2010, Srivastava said.

However, Churu in Rajasthan bagged the record of being the hottest place in not just India, but the entire world, on Tuesday. Recording the country's first 50°C mark this year, Churu witnessed the temperature go up to seven notches above normal.

Heatwaves occur over India between March and June.

Meteorologists declare a heatwave event when the maximum (day) temperature for a location in the plains crosses 40 degrees Celsius. A heatwave spell generally lasts for a minimum of four days.

On some occasions, it can extend up to seven or ten days. The longest recorded heatwave spell, in recent years, was between 18 – 31 May 2015.