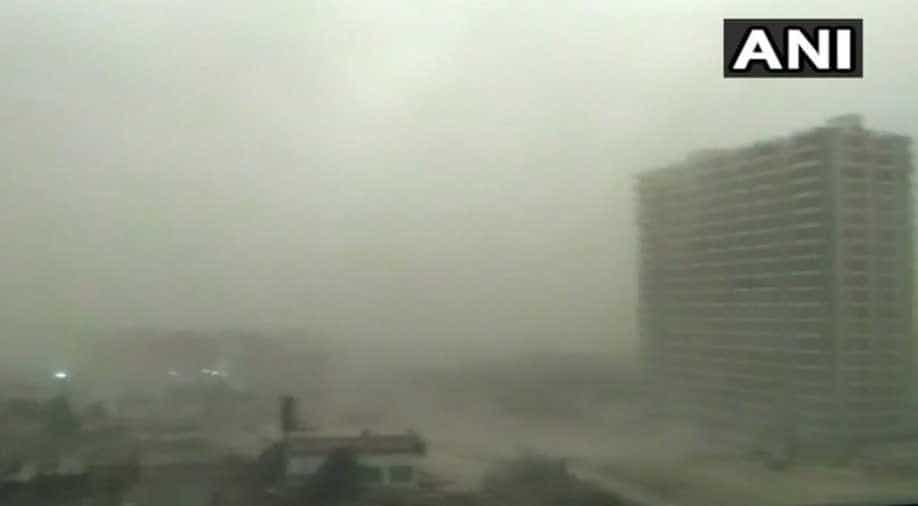 The storm affected flight, rail and metro operations across Delhi-NCR

People across Delhi-NCR braved a dust storm accompanied by squall on Sunday afternoon. So far, four incidents of wall collapse have been reported from various parts of Delhi.

The incidents were reported from Najafgarh, Transit Camp, Nehru Place, Mohan Garden in Uttam Nagar, and Raj Nagar in Palam.

Two fire tenders each were rushed to the areas, no casualty, injury or loss of property have been reported so far.

Number of flight diversions at Delhi's Indira Gandhi International Airport due to bad weather conditions goes up to 70. pic.twitter.com/tdETtZNMRb

The storm affected flight, rail and metro operations across Delhi-NCR. As many as 70 flights were diverted and more than 24 delayed. Metro operations were also halted for as long as 45 minutes.

Ghaziabad: One killed, 4 injured after a tree fell on them near Lal Kuan Shiv temple during the thunderstorm.

A few passenger and freight trains were held up for around 25 minutes because of the disruption. The Kalka-New Delhi Shatabdi Express was also stopped near Sonepat due to the uprooting of trees.

The weatherman forecast partly cloudy skies and a possibility of light rainfall tomorrow.