'Deeply hurt' by Punjab govt for not involving me in selection of mayors: Navjot Sidhu 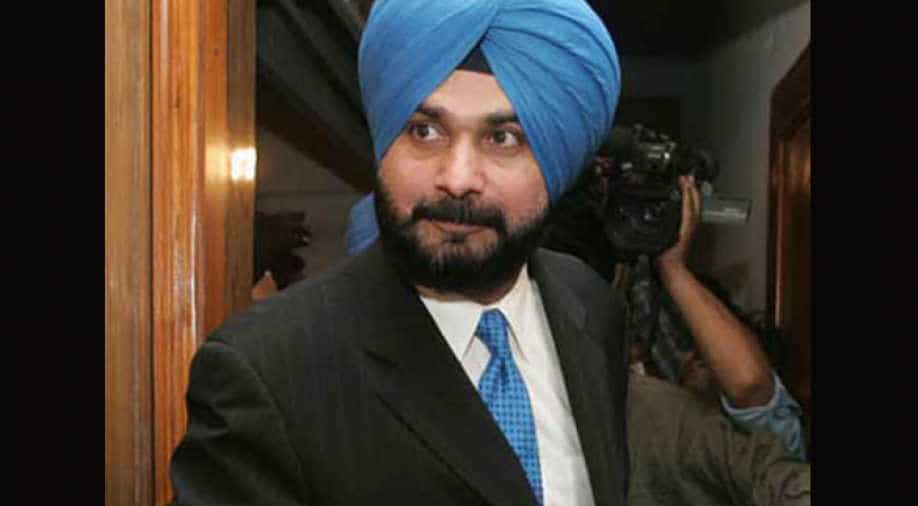 Punjab local bodies minister Navjot Singh Sidhu today said he was "deeply hurt" as the state government and the party did not seek his views while selecting candidates for the mayoral posts.

Sidhu, who along with 15 municipal councillors, stayed away from the official programme of the election of Amritsar mayor yesterday which came as an embarrassment to the state unit of the Congress, prompting Punjab unit chief Sunil Jakhar to seek a report.

Sidhu, who joined the Congress last year after quitting the BJP, today issued a statement, saying though he was the local bodies minister, he was not involved in the decisions at any level in the matter.
"I was neither involved in the discussion that took place at the level of the government for the past one month in connection with the election of mayors of Patiala, Jalandhar and Amritsar, nor any sort of suggestion was taken from me in his regard at the party-level," he said.

Sidhu, the former BJP MP, made it clear that he had no grudge against the election of Karamjit Singh Rintu who was yesterday elected as the Amritsar mayor.

"It has deeply hurt me and it has hurt my sentiments. I was not involved at any level," he said.

When pointed out that he had said that he would abide by whatever the chief minister decides regarding the election of mayor, Sidhu said, "This means that I should not be involved in the matter related to my department and not being called in any of the meetings. And now somebody else will hold meetings of my department? Does it mean that somebody else will now take a decision pertaining to the local bodies department."

He ruled out taking up this issue with Chief Minister Amarinder Singh.

On staying away from Amritsar mayor election programme, he said, "I was not even properly invited for the meeting to elect Amritsar mayor. Therefore I did not attend the meeting."
Meanwhile, the Punjab Congress chief spokesperson and MLA Raj Kumar Verka said that Sidhu, along with all MLAs, had authorised the chief minister in a one-line resolution to decide on the election of mayor.

"Then the matter ends here and there should not be any confusion," he said, adding that it was a party's process wherein neither ministers nor MLAs were aware about who would be elected as mayor.
Verka said the arrangement of programme of Amritsar Mayor's election was made by his department, not by the party.

"There could have been some communication gap which led to this situation," he said.