Decision to drop me came as a surprise, manner in which it was conveyed shocking, says Haseeb Drabu 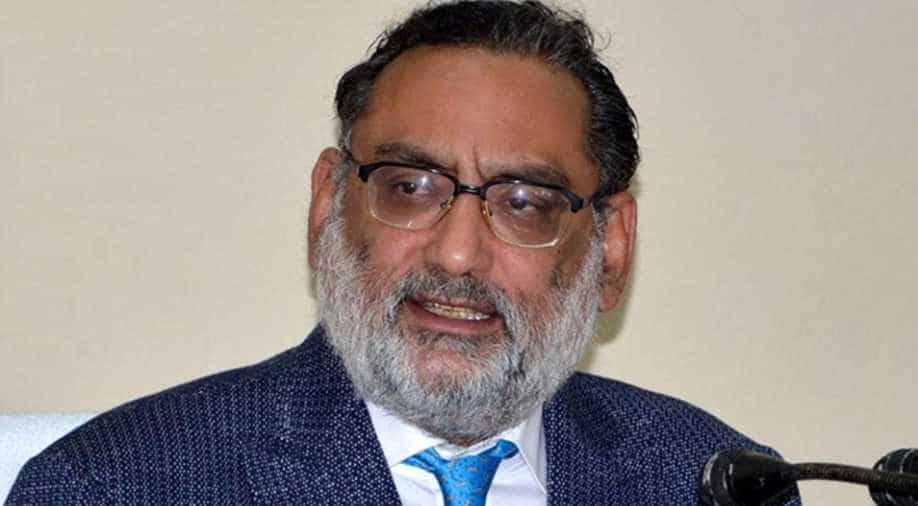 Senior PDP leader Haseeb Drabu said on Tuesday said J&K Chief Minister Mehbooba Mufti's decision to sack him as the state's finance minister came as a surprise to him and added the manner in which he was informed about it was shocking.

Drabu said he got no chance to explain his side and learnt the party's decision through the media. The senior, however, added that he bore ill will against no one.

"The decision to drop me did come as a surprise but what was shocking was the manner and method of communicating it," Drabu, seen as the architect of the ruling PDP-BJP alliance in Jammu and Kashmir, said in a statement here.

Drabu,  the co-author of Agenda of Alliance between the two parties, was dropped from the council of ministers yesterday following his remarks that Kashmir was not a political issue.

The former finance minister said he understood and accepted the party's decision to drop him but it was painful that it was through media that he came to know about.

"While I understand and accept the decision of the party, to talk to media before talking to me, was painful. I was not accorded the opportunity to explain the context and the content of my speech," he said.

Drabu, who was considered close to the BJP leadership, expressed gratitude to Chief Minister Mufti for giving him the opportunity to contribute towards accomplishing the PDP mission.

"Notwithstanding this, I am very grateful to Mufti (Mohammad Sayeed) Sahib and Mehbooba ji to have been given the opportunity to contribute in whatever small way I could in accomplishing the party patron's vision of addressing the distressing situation in and around Jammu and Kashmir which has jeopardised the security, peace and prosperity of the people of the state and imperilled stability in the subcontinent," he said.

My association with PDP dates back to those years when I wasn't even formally into politics, he reminisced. The rapport I enjoyed with its late founder and patron is something that I would cherish all my life, Drabu added.

He said the "unflinching confidence" that Mufti (Mohammad Sayeed) always reposed in him and the relationship of trust that "we shared, is my source of strength" to endure this situation.

"Not for nothing did he entrust me with the task of negotiating with the BJP and make me the pointsman for the alliance which was later continued by Mehbooba ji. Every single meeting, discussion and negotiations were done with the knowledge and consent of the patron and the (party) president," he said.  Drabu assured people of his constituency, Rajpora, in Pulwama district that he will continue to work for them.

"I am very grateful to them for their love and affection. I must thank Mehbooba ji for reposing trust in me which helped this government to set off so many pioneering initiatives in the specific area of public expenditure management and generally in the fronts of economic development.  I bear no ill will against anyone. That's simply not my way of being," he added.