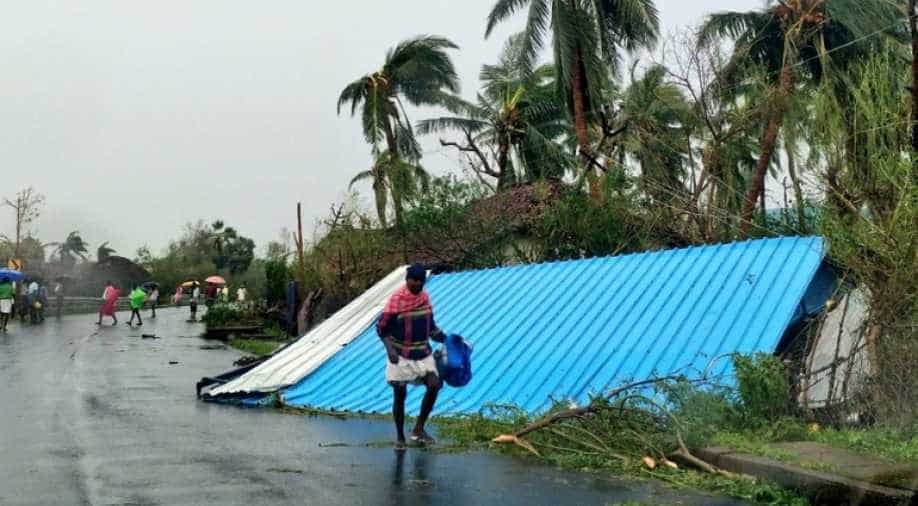 The Centre has approved the release of Rs 353.70 crore to Tamil Nadu as assistance for the damage caused by Cyclone Gaja last month.

The Centre has approved the release of Rs 353.70 crore to Tamil Nadu as assistance for the damage caused by Cyclone Gaja last month.

At a high-level meeting held Friday, Home Minister Rajnath Singh approved the release of the second instalment of the central share of State Disaster Response Fund (SDRF) amounting to Rs 353.70 crore for the year 2018-19, a Home Ministry statement said.

The amount is an interim relief to help Tamil Nadu in providing relief measures to the affected people.

Further, assistance will be provided from the National Disaster Response Fund (NDRF), based on the final report of the Inter-ministerial Central Team (IMCT).

Tamil Nadu faced a severe cyclonic storm ‘Gaja’ on the night of November 15 and the early hours on November 16, during which 12 districts of the state were severely affected.

Based on an interim memorandum submitted by the Tamil Nadu government for additional assistance, the central government constituted an IMCT on November 20, the statement said.

The IMCT has visited areas affected by Gaja on November 23-27.

The central government provided support to the Tamil Nadu government by mobilising timely logistics resources to supplement the efforts of the state government to deal with the situation effectively in the wake of the cyclone.