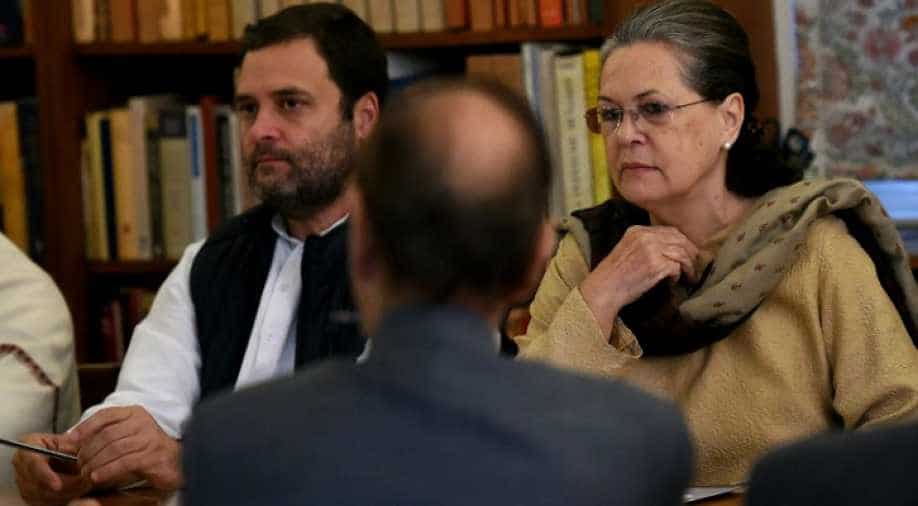 When questioned about Congress interim president Sonia Gandhi`s recent conversation with Shiv Sena chief Uddhav Thackeray, he said: "I do not know anything about Thackeray calling Sonia Gandhi''.

Amid hectic parleys regarding government formation in Maharashtra, Congress Working Committee (CWC) meeting is underway at party`s interim president Sonia Gandhi`s residence in New Delhi to discuss the political situation in the state.

Earlier today, senior Congress leader Mallikarjun Kharge said that the meeting will be held at 10 am. "Today there is a meeting at 10:00 am then we will do whatever the high command will suggest. Our original stand is that we will sit in the opposition as people gave us mandate to sit in the opposition and we will do the same," Kharge was quoted as saying to news agency ANI.

When questioned about Congress interim president Sonia Gandhi`s recent conversation with Shiv Sena chief Uddhav Thackeray, he said: "I do not know anything about Thackeray calling Sonia Gandhi''.

The development comes a day after BJP`s Maharashtra unit chief Chandrakant Patil said that his party would not form the government in Maharashtra.

Following the BJP`s announcement, Sena leader Sanjay Raut said that new Chief Minister of Maharashtra will be from his party at any cost.

Meanwhile, Senior Nationalist Congress Party (NCP) leader Nawab Malik had said the Shiv Sena will have to sever its all relations with the BJP to get his party`s support in forming the government in the state.

He said that the NCP might support Sena if the party left BJP-led National Democratic Alliance (NDA) and its party leader Arvind Sawant resigns from the Central Ministry of Heavy Industries and Public Enterprise.

Following this, Sawant on Monday announced that he will resign from Prime Minister Narendra Modi`s cabinet.

The term of state assembly ended on Saturday.

The BJP had emerged as the single largest party in the assembly polls winning 105 seats while the Shiv Sena bagged 56 seats.