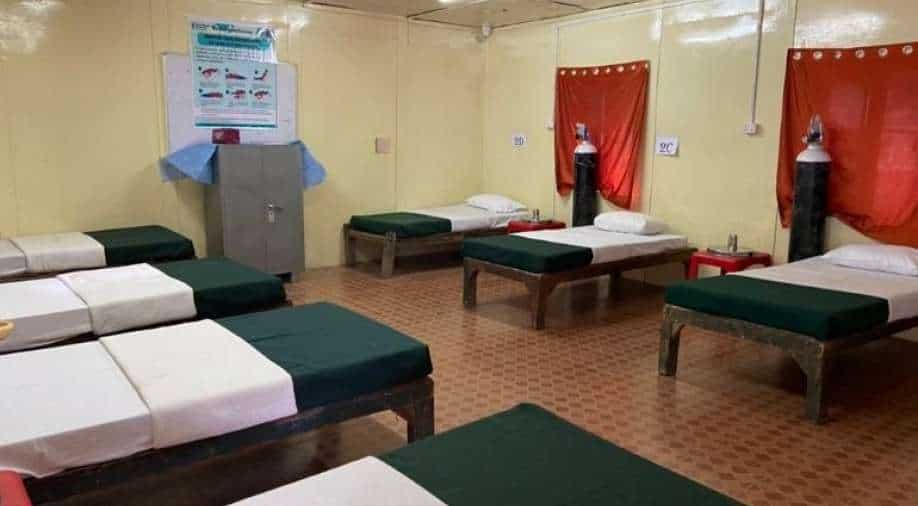 Army hospital near Line of Control in Uri. Photograph:( WION )

The hospital will have twenty beds all equipped with an oxygen facility. There are 5 ICU beds while two ventilators have also been put in place.

The Indian Army has established a 20-bed COVID-19 hospital in the remotest area of the Uri sector in North Kashmir. The hospital has been specially made for the people living near the Line of Control (LoC).

With the ever-increasing numbers of Covid positive patients across the Union Territory of Jammu and Kashmir, the government hospitals are overloaded with patients. And to take away the pressure from government-run hospitals, the army has come up with this hospital.

The hospital will have twenty beds all equipped with an oxygen facility. There are 5 ICU beds while two ventilators have also been put in place.

"It's a twenty bedded hospital with all beds having an oxygen facility, we have two ventilators and 5 ICU beds. We are in continuous touch with BMO at Uri. We will be getting patients that will be referred by the civil hospitals." said Captain Sachu Jacob, Indian Army, Uri Sector.

The facilities at this hospital will be thrown open to patients who are referred from the civil hospitals in the Uri sector. If the Uri hospital gets excess patients, they will be referred to this army hospital. Doctors and Paramedics from the army will be monitoring all the patients admitted to this hospital.

The Indian army had earlier established a 200-bed Covid hospital in Srinagar's Rangreth area as well.