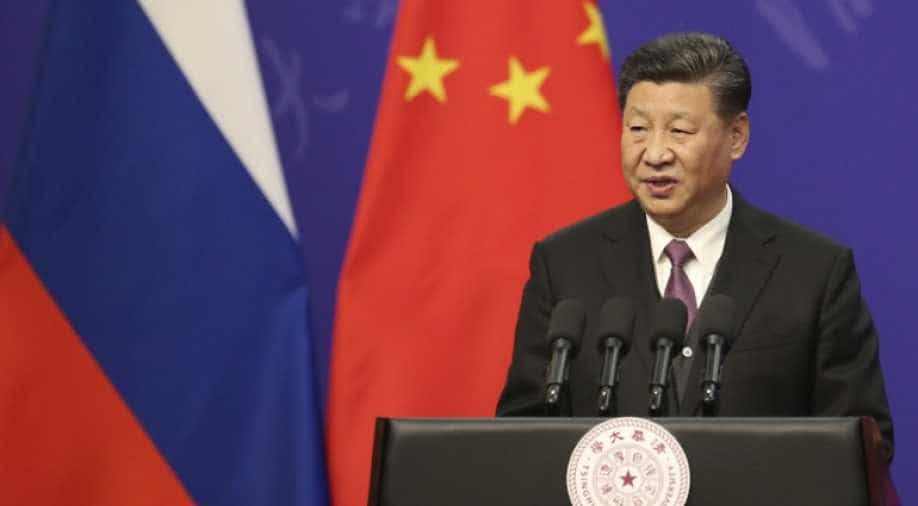 China is opening up to stark realities post the lockdown. The economy is set to shrink for the first time in decades and its ambitious Belt and Road project is threatened with a financial collapse.

China had given billions of dollars in loans for its grand foreign policy project and it is now flooded with requests for relief from repayments an China is willing to suspend interest payments but many are looking for a complete waiver of the loan.

COVID-19 has dealt a body blow to China's grand global project. President Xi Jinping's Belt and Road initiative is set to be derailed further even before the pandemic, it had begun facing opposition.

There was growing resentment with many countries re-thinking their commitments. The Wuhan virus has only made it worse. China has re-opened its economy but it is set to suffer a contraction of nearly 7 per cent, also it will lose money due to the BRI.

China has pumped in billions of dollars in the form of loans to countries and now most of these countries can't afford to pay back.

They face a coronavirus-recession, so they're asking China for debt relief. A wave of applications has come from BRI member nations. China has given loans worth $460 billion so far.

It was supposed to be the new Silk Road building infrastructure and boosting China’s influence. More than 140 countries signed up. Most of them are developing nations in Asia and Africa. Many with the weakest credit ratings in the world. For instance, Iran and Pakistan re high-risk countries to lend to.

But China took the risk. Iran and Pakistan are among the top-5 recipients of Belt and Road loans. The lockdowns have worsened the already poor economies. In Africa, China gave loans worth $140 billion.

Most African countries now want loan waivers. China did sign a G20 pact to hold off bilateral loan repayment specifically for low-income countries until the end of this year.

But the details are still being worked out and there's no clarity on whether BRI loans would come under its ambit. In the current scenario, more than half of the BRI projects are in trouble and experts say China just cannot afford to let them fail.

It can suspend interest payment some borrowers with good credit history may be allowed to reschedule their loans but forgiving debt permanently would be the worst-case scenario.

China was accused of debt-trapping poor nations into the Belt and Road project now it finds itself caught in the same trap. China is opening up to stark realities post the lockdown. The economy is set to shrink for the first time in decades and its ambitious Belt and Road project(BRI) is threatened with a financial collapse.