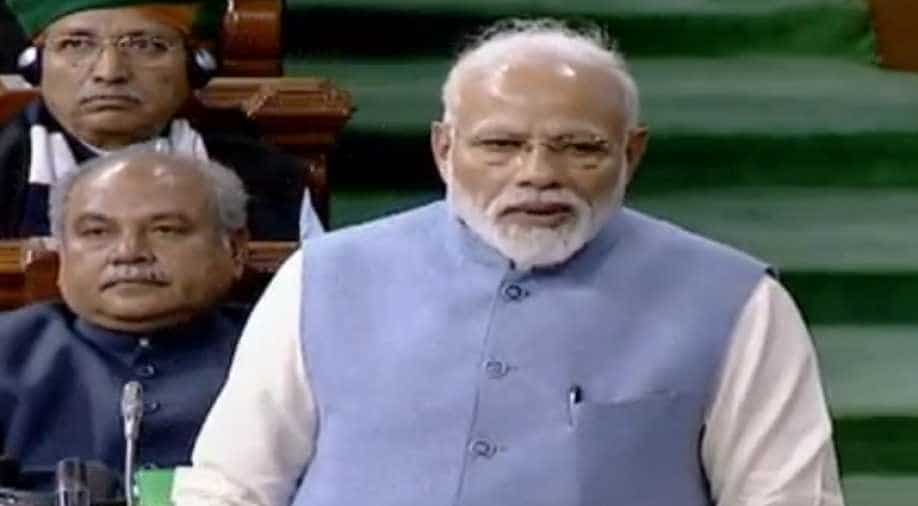 'I think this is a very good sign because such confidence gives a boost to development,' Modi said on Wednesday.

Speaking in the Lok Sabha on the last day of parliament before the upcoming Lok Sabha elections, Prime Minister Narendra Modi said that the country's confidence is at an all-time high.

"I think this is a very good sign because such confidence gives a boost to development," Modi said on Wednesday.

He went on to tell his fellow parliamentarians that we "will be proud of this sixteenth Lok Sabha, as it saw the highest number of women members (44) elected to the house."

Modi added that this Lok Sabha also "passed laws to fight the menace of black money and corruption" and the GST bill.

On the other hand, he said, this Lok Sabha "has also put an end to over 1,400 laws, it had become a jungle-like situation with too many laws. This is a good beginning but more work needs to be done... for which Mulayam Singh Yadav has given me his blessing".

On the last day of parliament, Modi referred back to when he had first entered the house, saying he had learnt so much in parliament. "Pehli baar mujhe pata chala ki gale milne aur gale padne mein kya antar hai (For the first time I understood that there is a difference between hugging someone and going for his throat.")

And he once again lashed out at his favourite target of attack — Congress president Rahul Gandhi.

He harked back to when Rahul had said he would make such a big announcement that there would be an earthquake. None came, Modi said on Wednesday.

He also referred to when Congress MPs had flown paper planes in parliament to protest against the Rafale deal. The dignity of democracy is so high, Modi said Wednesday, that no plane could touch it.

And of course he brought up Rahul's wink in parliament.