I want you to become PM again: Mulayam Singh Yadav to Narendra Modi 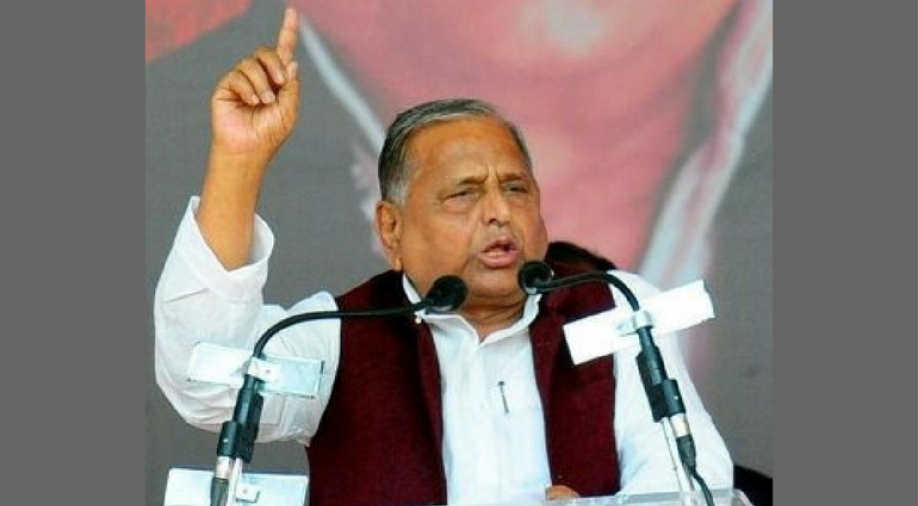 'I want to congratulate the PM for trying to take everybody along,' Mulayam said, adding, 'I want all the MPs to win again, and for you to become prime minister again.' Mulayam made his comments on the last day of parliament before the upcoming Lok Sabha elections.

Former Samajwadi Party chief and Akhilesh Yadav's father Mulayam Singh Yadav father has thrown political circles into a slight tizzy with his latest comment. He told Narendra Modi on Wednesday that he wanted him to become prime minister again.

"I want to congratulate the PM for trying to take everybody along," Mulayam said.

"I want all the MPs to win again, and for you to become prime minister again," he added.

Wednesday was the last day of parliament before the upcoming Lok Sabha elections.

Mulayam made his comments with former Congress president Sonia Gandhi sitting next to him. Modi in turn smiled, and folded his hands in a namaste.

Mulayam's son Akhilesh and the current chief of the Samajwadi Party is of course firmly in the opposition camp. He will be fighting the upcoming Lok Sabha elections in alliance with BSP chief Mayawati. They will be the main challengers of Uttar Pradesh's ruling BJP.

UP is the country most important state politically, sending 80 MPs to parliament.

All has not seemed to be well between Akhilesh and his father Mulayam since a family feud broke out within the SP with Mulayam placing himself somewhere between the competing factions of Akhilesh and Mulayam's brothers Shivpal and Ram Gopal.

Shivpal has since broken away from the SP, setting up a separate Samajwadi Secular Morcha. Shivpal has also said that the SP's current tie-up the BSP goes against everything Mulayam has fought for.