Coronavirus: Delhi is now discharging more patients than it is admitting 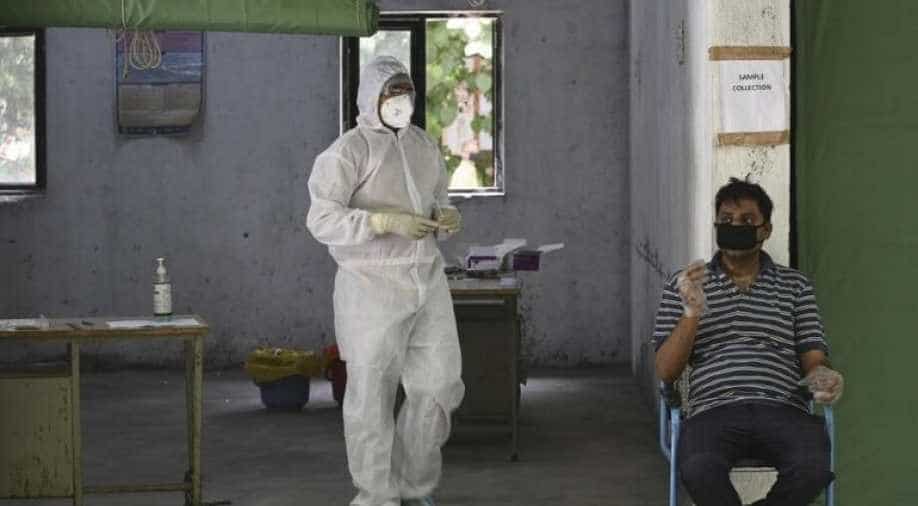 A medical staff (L) wearing personal protective equipment (PPE) walks to collects a rapid antigen test (RAT) for the COVID-19 coronavirus at a testing centre, after the government eased a nationwide lockdown as a preventive measure against the COVID-19 co Photograph:( AFP )

In the last 24 hours, the pandemic had claimed 507 lives in the country, with the country adding over 18,600 new cases

With the recovery rate touching 60 per cent nationwide, more people may now be getting discharged than getting admitted, especially in Delhi.

Based on Delhi government’s data, the average infection rate during the second week of June was 31 per cent. In the week of June 22-28, it had improved to 18 per cent.

Additionally, in the week ending June 28, 27 more people on an average were discharged compared to those who were admitted.

In the last 24 hours, the pandemic had claimed 507 lives in the country, with the country adding over 18,600 new cases.

Maharashtra which has been one of the hit hardest states due to the virus reported 245 deaths and 4,878 new coronavirus cases today with the total number of cases in the state rising to 1,74,761 including 75,979 active cases. Mumbai alone has inducted 4,554 deaths.

India's national capital reported 2,199 new coronavirus cases and 62 deaths in the last 24 hours with the total number of cases rising to 8,7360 including 2,62,70 active cases