Conversations from the sidelines of ZeeJLF 2018: 'The best way to deal with poverty is to forget poor' 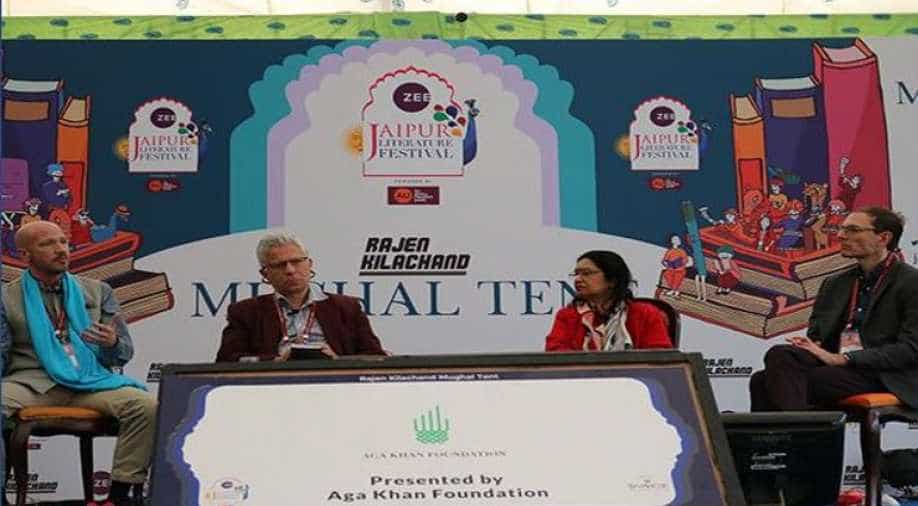 WION spoke to eminent sociologist Dipankar Gupta, who has been a professor at the Jawaharlal Nehru University in Delhi for over three decades and has authored or edited over twenty books. Photograph:( Twitter )

On a day India celebrated its 69th Republic Day, it seemed like all of Jaipur, the well-heeled from Delhi and then some had descended on Jaipur’s Diggi Palace for the 2108 edition of the Zee Jaipur Literature Festival. One of the speakers that WION managed to interview on the sidelines was eminent sociologist Dipankar Gupta, who has been a professor at the Jawaharlal Nehru University in Delhi for over three decades and has authored or edited over twenty books. He has served on various boards including the board of directors of the Reserve Bank of India and NABARD. Edited excerpts.

People who are authors, scholars and writers should lead a very active life and when they write something they should be conscious that there is a very strong stream of prejudices flowing through the world and how does one combat it. And because you have instant television, instant WhatsApp so it is very easy for people to be instantly misled. And there is a certain premium in forwarding prejudices which aren’t examined. The basic tenet of democracy is citizenship and, while I agree we should be value-neutral, there is one value which we cannot neuter and that is the value of ‘citizenship’ which is basically about intersubjectivity - how I put myself in your shoes - and this is the conscious task that academics, commentators and journalists must perform. You don’t just put out news, you try to ask yourself what impact will my news have.

On Social Sciences, Democracies and Journalism:

Social Sciences are a stream of knowledge that has done well only in democracies. It hasn’t prospered in any non-democratic country no matter how rich it is. So if you are a social scientist, you have a vested interest in promoting democracy for your own good. There can be all kinds of social sciences but some of the best in the world is premised on the principles of citizenship meaning - can I put myself in the shoes of those I am writing about. A similar drive, I would say, should exist amongst journalists, because good journalism is only in democracies. In mainstream social sciences, the citizen isn’t central. In sociology, it is the ‘other’.I’m studying villagers. I’m not studying myself whom could have been in a village. That’s a very big difference. I’m not studying a scheduled caste, I’m studying myself who could have been a scheduled caste. Once you make that transition which is a very important transition to make, that is when I think good social science emerges.

On Universal Healthcare and Education:

If I’m doing health for the poor, just for the poor, or education for the poor, then I’m not interested, it is for the others but if I have policies that affect everybody and that policy should be of quality then it is a different kind of ball game altogether. Why is it that in countries in Western Europe they spend 7.5 percent (of GDP) on health whereas we spend only 1 percent? That is because there is the impulse of citizenship that everyone is the same. What we do here is - those poor people, they are at least getting something out of this. Why are you making a fuss? There is the Safdarjung Hospital (government hospital in Delhi), there is that village school, let it be. So this distinction between the rich and the poor or brahmins and the rest is perennial, especially in every discipline of social sciences and this is where I think we have failed our discipline.

If you have universal health delivery and education and you make the private sector work hard to match that standard, you will do so much for the poor. The best way to solve the problem of poverty is to forget the poor and think society. When you think of education for the poor or health for the poor, you end up with poor health and poor education where you and I will not participate because that is not for us. We’re the ones who sign the papers and yet we have no interest in it. So until we get interested, unless it is our business as well and this is not something that is outlandish… most countries in Western Europe when they started their programmes on universal health and education was when they were at their poorest. We as citizens don’t do enough in the sense that I’ve very rarely come across a drawing room conversation in middle class or upper-class families where they discuss issues of health and education in the way we’re talking about it. And when you raise the issue, they’ll say ‘Where is the money?’ I tell them tomorrow if Pakistan attacks India, will you say we don’t have the money let us surrender. You’ll find the money. This is an emergency, find the money.