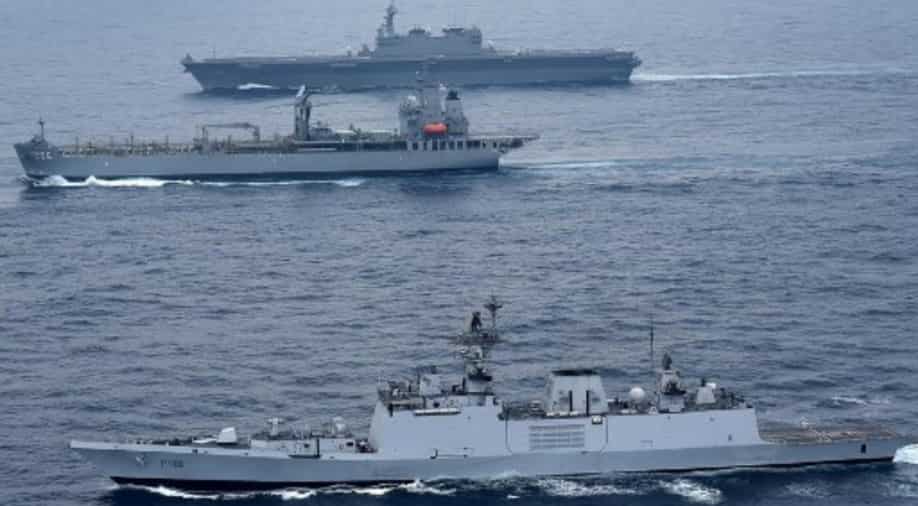 In response to reporters, the Indian Navy's Vice Chief said, "We have given order, it continues, and construction continues. Our team is in Russia and work continues. Photograph:( AFP )

The Indian Navy's Vice Chief, Admiral SN Ghormade, has said the construction of Indian naval ships continues in Russia, an important remark given the ongoing Russia-Ukraine war has cast a shadow on defence supplies from Moscow. Two Talwar-class frigates are being built in Russia for the Indian Navy.

In response to reporters, the Indian Navy's Vice Chief said, "We have given order, it continues, and construction continues. Our team is in Russia and work continues. effort is that there is no impact on Russia- Ukraine war".

India and Russia have a close defence partnership, especially at the government-to-government level. The India-Russia Intergovernmental Commission on Military & Military-Technical Cooperation (IRIGC-M & MTC) is co-chaired by the Russian and Indian Defense Ministers and meets annually. Its last meeting was held in New Delhi on December 6, 2021.

Meanwhile, Russia's main defence export-import body, Rosoboronexport, has said that it is willing to support India's make-in-India defence program and be part of the modernization of Su-30MKI fighter jets. In a statement, Rosoboronexport said, "within the framework of the Make in India program, is ready to supply additional completely knocked down kits for the assembly of the Su-30MKI and carry out joint work on their modernization, including the integration of the latest air weapons, avionics, etc."

The Su-30MKI fighters were developed in Russia and are being built by India's Hindustan Aeronautics Limited (HAL) under license. This year marks the 45th anniversary of the maiden flight of the Su-27 fighter prototype developed by the Sukhoi Experimental Design Bureau, which marked the birth of the family of Su-27/Su-30 fighter jets.