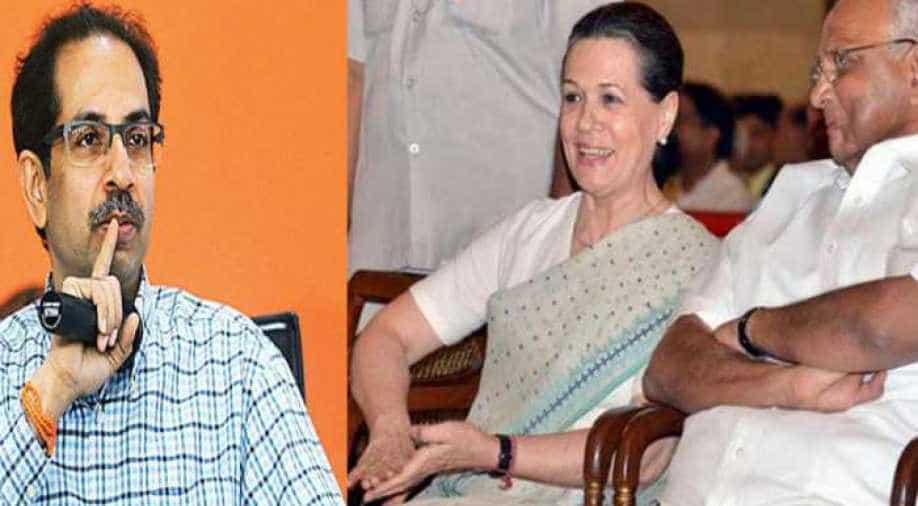 The Congress and the NCP are making efforts to form a non-BJP government in Maharashtra where the President's Rule was imposed earlier this week.

Haryana Cabinet Minister Anil Vij on Saturday hit out at the Congress and the Shiv Sena amid talks of the two parties forming the government in Maharashtra, saying that they have different ideologies and would never be successful.

"They have been exposed because of their greed for power. Congress and Shiv Sena always have done politics against each other and opposed each other's ideologies," Vij told reporters here.

Commenting on Congress leader Rahul Gandhi, Vij said: "He is misleading the country for some time. He is the factory of speaking lies. He never presented any facts."

The Congress and the NCP are making efforts to form a non-BJP government in Maharashtra where the President's Rule was imposed earlier this week.

The three parties have prepared a draft for their common minimum programme (CMP).

The Shiv Sena and the BJP, who fought the polls together, could not form the government due to differences over power-sharing.

The BJP emerged as the single-largest party in the state with 105 seats in 288-member assembly followed by Shiv Sena 56, NCP 54 and Congress 44.