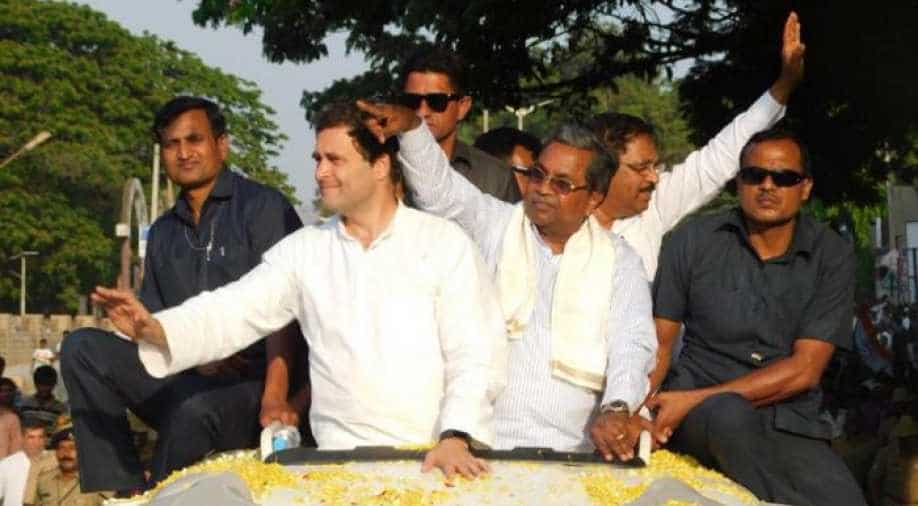 Rumblings within the Karnataka Congress unit have grown amid the reports of differences over the functioning of the Congress-JD(S) government in the state.

Congress on Wednesday dissolved its unit in Karnataka while retaining its president and working president, news agency PTI reported.

"The AICC has decided to dissolve the present committee of (the) Karnataka Pradesh Congress. The president and working president remain unchanged," a statement issued by AICC general secretary (organisation) K C Venugopal said.

Rumblings within the Karnataka Congress unit have grown amid the reports of differences over the functioning of the Congress-JD(S) government in the state.

The development comes a day after Congress suspended its senior Karnataka MLA Roshan Baig citing his "anti-party" activities. Baig was reportedly unhappy for not being included in the coalition cabinet.

"I promise I will fulfil your expectations. I can't express the pain I am going through every day. I want to express it with you, but cannot. But I need to solve the pain of people of the state. I have the responsibility of running the government smoothly," he said at an event in Channapatna in Karnataka on Tuesday.