Congress decision to stake claim to form govt in Goa a stunt: BJP 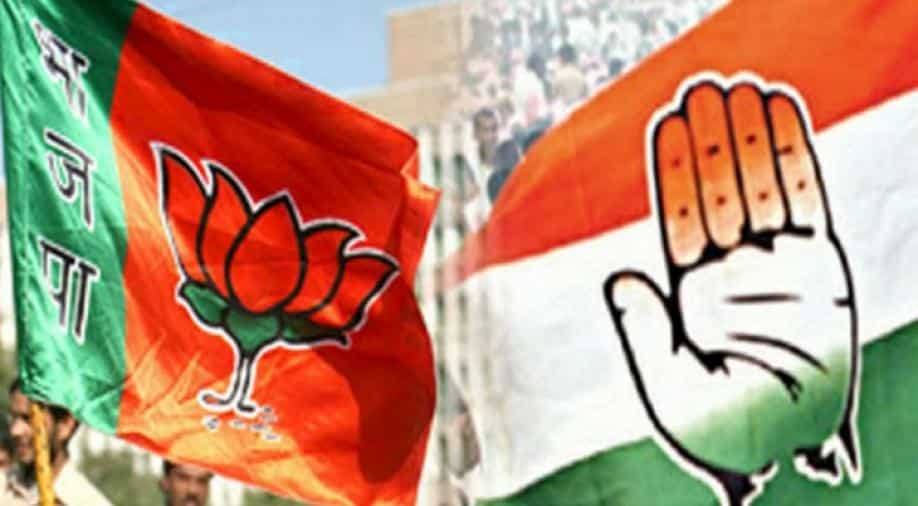 The ruling BJP described as a "stunt" the Congress decision to stake claim to form the government in Goa and said the opposition party's "dream" to acquire power in the coastal state will never be fulfilled.

Seeking adoption of the Karnataka example in Goa, the Congress decided to stake claim to form government in the coastal state, where it had emerged as the single largest party in the Assembly polls held last year.

On Thursday Congress Legislature Party chief Chandrakant Kavlekar said, "the party will stake claim tomorrow by submitting to Governor Mridula Sinha a formal letter containing signatures of all the 16 MLAs that the party has now".

"The Congress had a chance to form the government after 2017 assembly results. But their legislators and party's national leaders were busy enjoying stay at a hotel," BJP state unit president Vinay Tendulkar said.

He said the Congress should have staked their claim to form government one and half year back after the outcome of the polls.

"Why are they doing it now?" he said.

Tendulkar said the Congress was "dreaming: about forming the government in the coastal state, but their "dream" will not be fulfilled.

"The BJP had staked the claim to form government successfully (in 2017), as the party had the majority with more than 21 (MLAs) supporting it," he said, adding that the Congress move was just a "stunt".

Meanwhile, the Maharashtrawadi Gomantak Party (MGP), one of the constituents of the BJP-led NDA government, dared the Congress to parade all the 16 MLAs of the party in public before meeting the governor.

MGP chief Dipak Dhavalikar said the Congress had already missed the bus and was trying in vain to gain power.

"Do they have 16 MLAs with them? They should parade them before people before going to meet the governor," he said.

Dhavlikar said it would be a different matter altogether if the Congress had to stake claim for power in case the incumbent government runs into minority.

The BJP-led government in Goa is headed by Manohar Parrikar, who is currently undergoing treatment in the US for a pancreatic ailment.

In the Assembly elections held in February last year, the Congress had bagged 17 seats, becoming the single largest party in the 40-member House but fell short of the majority mark by four seats.

The BJP, which had bagged 13 seats, firmed up an alliance with the Goa Forward Party (GFP) and the Maharashtrawadi Gomantak Party (MGP), both of which had secured three seats each, and also took the support of three Independents.

Subsequently, the Goa governor had invited the BJP-led coalition to form the government.

The Congress currently has 16 members in the Goa Assembly as one of its legislators Vishwajeet Rane joined the BJP last year. Rane later won the bypoll from Valpoi Assembly constituency on a BJP ticket.

The BJP, which emerged as the single largest party with 104 seats in the Karnataka Assembly, was invited by the governor despite the JD(S)-Congress combine staking claim, citing the support of 117 MLAs.

Loans, EMI's to get costlier after RBI hikes rates for the sixth time in a row