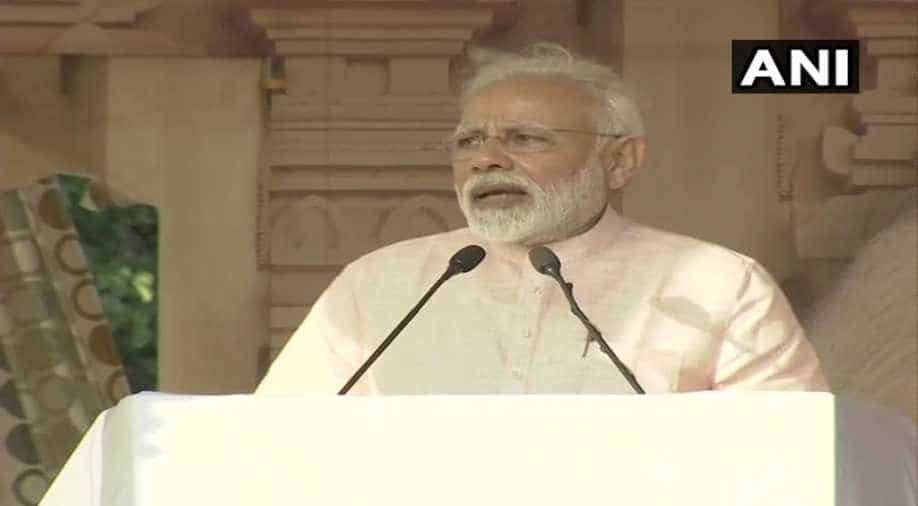 Modi alleged that neither the Congress nor the Communists have any concern for women empowerment.

Prime Minister Narendra Modi on Sunday launched a fresh attack on Pinarayi Vijayan-led Communist government in Kerala accusing it of disrespecting all aspects of Kerala's culture.

''The issue of the Sabarimala Temple has caught the attention of the entire nation. The people of India are seeing the manner in which the Communist Government of Kerala is disrespecting all aspects of Kerala’s culture,'' Modi said addressing a public rally in Thrissur, Kerala.

Modi alleged that neither the Congress nor the Communists have any concern for women empowerment.

''Let me tell you, neither the Congress nor Communists have any concern for women empowerment. If they did, they would not be opposing NDA's efforts to end Triple Talaq,'' Modi said.

India has had many women CM, but has even one of them been a Communist leader, Prime Minister added.

Speaking about BJP's flagship programme Swachh Bharat mission, Modi said an issue like sanitation, which was never important enough to be high on the priority of previous governments is a ''core focus area for our government''.

The toilet coverage, which was around 38 per cent in 2014 has gone up more than 98 per cent today, he added.