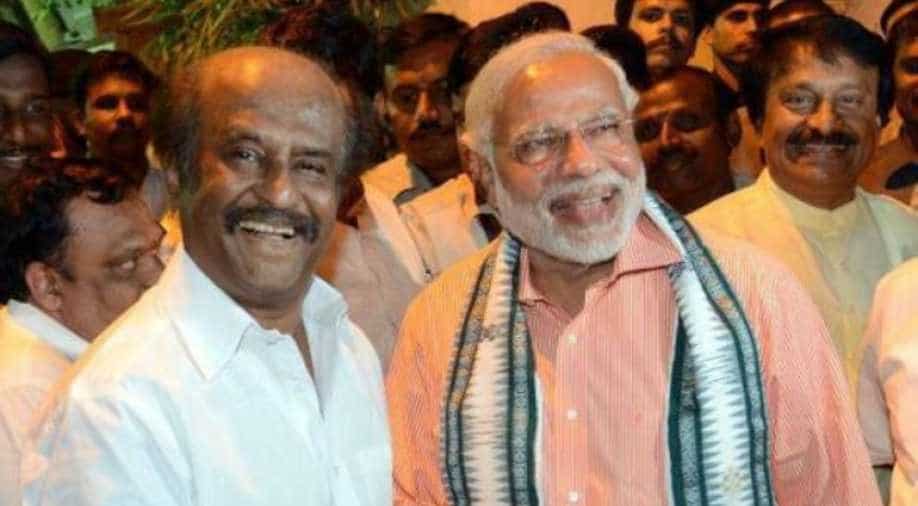 The Tamil actor, 66,?has sparked rumours that he would be joining politics

The Tamil actor, 66, sparked rumours that he would be joining politics when he declared in May that that god-willing he would join politics.

He was invited to a DMK event in Tamil Nadu along with Tamil superstar Kamal Haasan, who is also rumoured to take the political plunge soon.

Kamal Haasan has said that he would be willing to work with Rajinikanth if the superstar ever decided to enter politics.

Kamal Haasan was invited by Kejriwal to join politics to fight corruption and communalism. He has however, ruled out joining the BJP.

The fortnight from September 15 till Gandhi Jayanti is being celebrated as 'Swachhta Hi Seva'.

Celebrities such as Akshay Kumar, Anushka Sharma and Sachin Tendulkar have also pledged their support to the Swachhta movement.