This flight may return to Delhi from Wuhan (China) at 2am tomorrow. This double decker aircraft configured with 423 seats. Another special flight may depart from T3,Delhi tomorrow.

Amid the scare caused by the coronavirus outbreak in China, an Air India flight was sent to Wuhan on Friday to bring back the Indian students stuck in Hubei province, the epicentre of coronavirus.

First special flight , double decker jumbo 747 with 15 cabin crew and 5 cockpit crew had been departed from Indira Gandhi International Airport (T3), Delhi to Wuhan for the evacuation of Indians today at 12.30 pm.

A team of Five doctors from Ram Manohar Lohia hospital (RML) hospital, one paramedical staff from air India with prescribed medicine from doctors, masks, overcoats, packed food are boarded in the aircraft. A team of engineers ,security personnel are also there in this special aircraft. 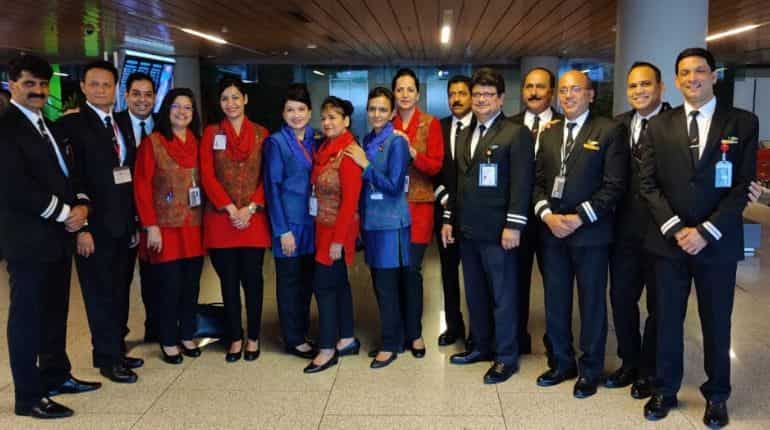 This flight may return to Delhi from Wuhan (China) at 2am tomorrow. This double decker aircraft configured with 423 seats. Another special flight may depart from T3,Delhi tomorrow.

The procedure of screening and quarantine will comprise two steps. The first one will be at the Indira Gandhi International airport followed by quarantine at army facility in Manesar, an official said.

"If any individual is suspected to be infected, he/she will be shifted to the isolation ward at Base Hospital Delhi Cantonment," health official said.

Meanwhile, The Indian Army has set up a quarantine facility in Manesar near Delhi to keep around 300 Indian students being evacuated from China's Hubei province in view of the outbreak of coronavirus.

Officials said the Indian Army has created the facility near Manesar where the students can be monitored for any signs of infection for two weeks by a qualified team of doctors and staff members.