Check context with him, don't politicise it: VK Singh on Rawat's statement on anti-CAA protests 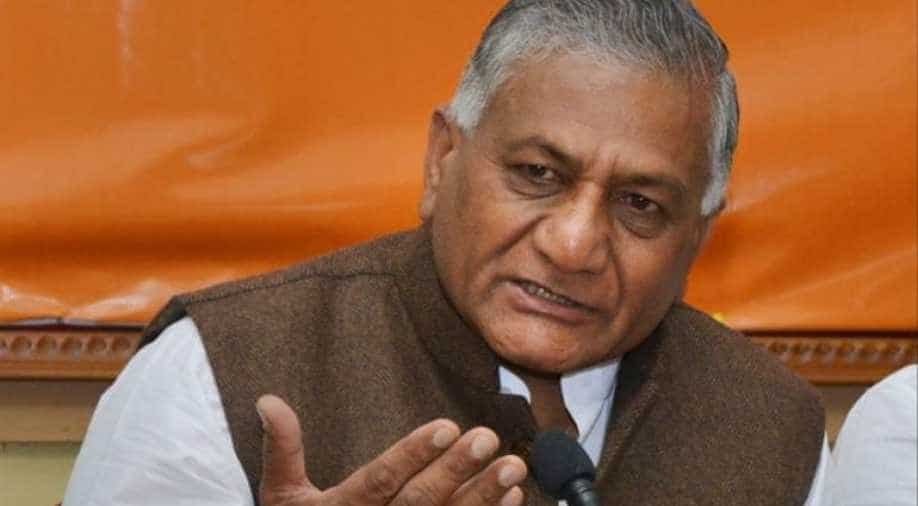 Singh also said that there was nothing political in asking students to maintain peace while protesting.

The Narendra Modi government came to the defence of Army Chief General Bipin Rawat on Friday after he drew flak from several quarters over his remarks criticising those leading protests and guiding students to carry out arson and violence.

Speaking to ANI, Union Minister and former Army Chief Gen (Retd.) VK Singh defended the comments made by Bipin Rawat and asked the opposition not to politicise everything.

Singh also said that there was nothing political in asking students to maintain peace while protesting.

"In our great country, the opposition can turn anything into a controversy. Ideal would have been to see the statement into context in which Army Chief has said a particular thing. Ask him what he meant. I don't see any politics in it. If I tell students don't unnecessarily damage property, is it politics? Search your heart and ask this question. Cross-check with Army Chief and in what context he might have said it," he said.

"If I play football, the opposition will say it's politics. If you don't understand the context, go and check with him. If he had given advice to students to not indulge in arson, it's not a bad thing. Don't know what is so wrong in it?" Singh said.

Singh's defence of Gen Rawat came a day after the Army Chief's remarks while addressing an event in the national capital on Thursday.

The opposition alleged that the comments were political in nature and the Army Chief should desist from indulging in politics.

Singh also pointed out that while the BJP and its ministers were trying to remove misconceptions regarding the CAA and NRC, the opposition was still trying to create confusion regarding it.

"I will take you back to the land acquisition bill. All states were consulted, suitable amendment was passed and then myths started circulating and goalposts were changed. It is exactly the same thing that is happening today. We know who is doing it. People are churning lies and I am aghast. We reduced the time period from 11 years to five years (for granting citizenship to minorities from neighbouring countries) it becomes a Hindu -Muslim issue. The way things have been done and the internet is churning out stories, and none of the pseudo-intellectuals and politicians shouting at the pitch of their voice is bothered about the country. They are concerned over their image and awards," the former Army Chief said.

He further said that the country belongs to everyone born here even if their parents were foreigners.

"Where are the doubts? About papers and certificates required, this is a false narrative. I appeal to reasonable people, can't do this with unreasonable people. It pains me. Those who are born in India are Indians and no one can take away their citizenship" he said.