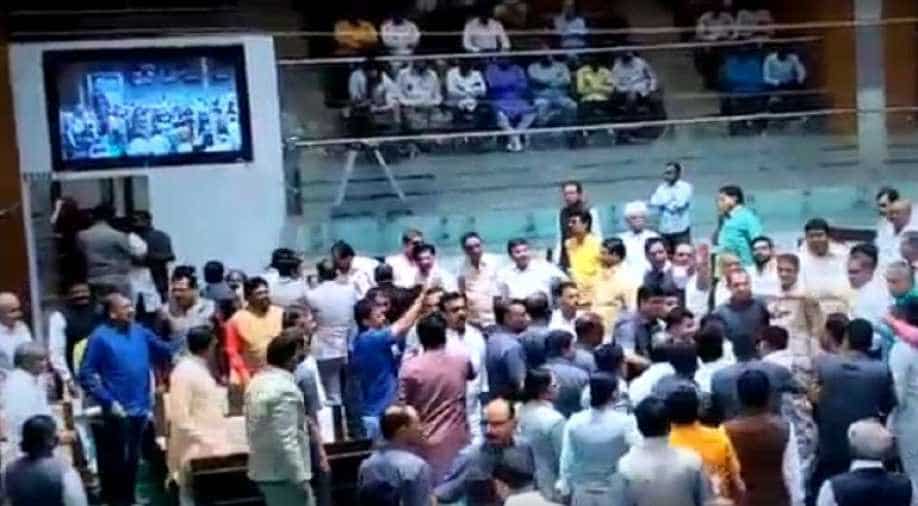 The Congress legislator has been suspended for the entire session. Photograph:( DNA )

Chaos prevailed in Gujarat Assembly as Congress and BJP came close to blows on Wednesday.

Meanwhile, Vikram Madam tried to raise a question but was repeatedly shouted down. When he allegedly tried to pull out a mic, he was forced out by marshals.

A fierce argument broke out between another Congress lawmaker, Pratap Dudhat, and BJP legislator Jagdish Panchal.

Within minutes, Dudat uprooted a mic and hurled it at Panchal.

A large number of lawmakers gathered at the well of the house as rivals jostled each other before the Speaker adjourned the proceedings.

The Congress legislator Vikram Madam has been suspended for the entire session.

Earlier this week, two Congress members were expelled from the Telangana Assembly for disrupting the Governor's speech. One of them, Komatireddy Venkat Reddy, flung a pair of headphones and hit an official in the eye.