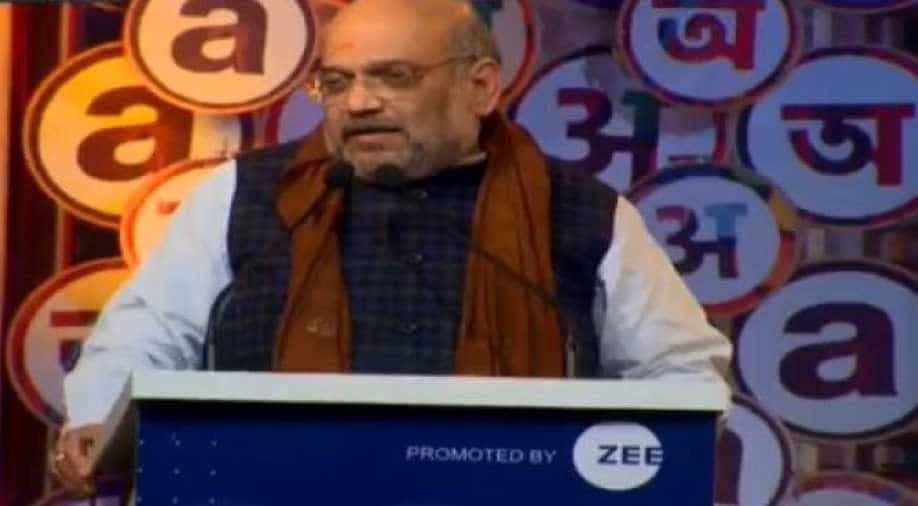 Shah gave a rousing address and urged the youth of the nation to take pride in India's cultural, heritage and languages.

After an engaging session with Zee News Editor in Chief Sudhir Chaudhary on 'Nationalism in times of strife: New dimensions of nationalism', Shah gave a rousing address and urged the youth of the nation to take pride in India's culture, heritage and languages.

Shah lauded Zee News's initiative to hold the Arth Fest and said that the festival is a medium to keep alive and spread the essence of India's rich cultural diversity, tradition and heritage.

Also read: 'Economies are not run by governments but by people,' says Lord Meghnad Desai at 'Arth - A Culture Fest'

"No news channel in today's date is talking about India's, culture, literature, tradition. If a channel like Zee is doing it, it means they are not working for their commercial interest but for the interest of the nation and its progress," the minister said.

In his parting words, Shah urged the citizens to converse in their mother tongue saying, "if the language is conserved, the heritage, the culture, the literature, arts and music all will be conserved and will be immortalised".

Arth: A Culture Fest, will last for three days (21, 22 and 23 February). In the three-day festival, people will get a glimpse of the culture of India.
'Arth' is a cultural celebration intended to showcase the ways of India's culture. Starting from today, the festival will focus on literature, culture, society, music, traditions, history and art.

The first two days of the event saw many engaging and discussions between eminent personalities from the world of arts, culture, literature and many other fields.

11am - Cymbals from the North-East: Manipuri Pung and Dole Cholam artist: Sinam Basu

1:15pm - Discussion on culture and art: Conversation between Prasoon Joshi and Yatindra Mishra