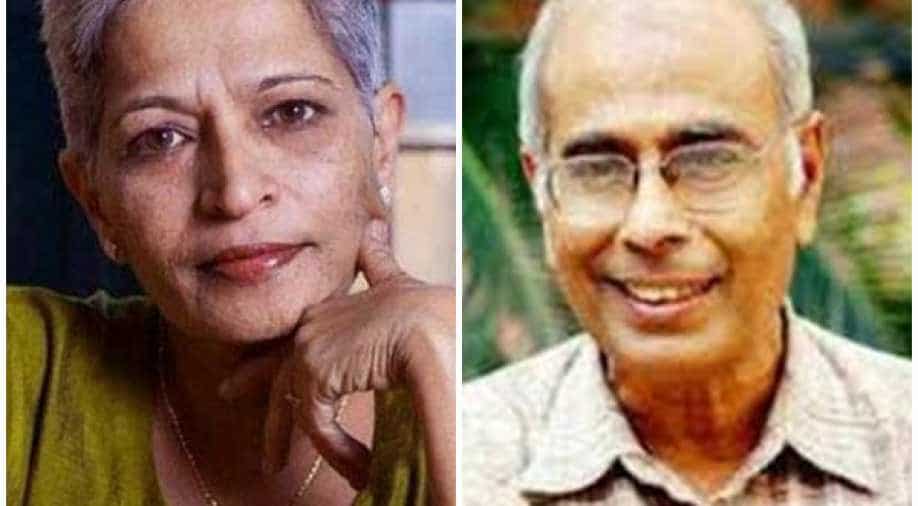 The Central Bureau of Investigation (CBI) has established a link between the killing of journalist Gauri Lankesh in Bengaluru in 2017 and rationalist Narendra Dabholkar in Pune in 2013, the CBI claimed before a court on Sunday. The CBI has recovered a pistol used for killing Lankesh while probing Dabholkar's case.

The pistol was recovered from Shubham Surale, the brother-in-law of Sachin Andure, an accused in the Dabholkar murder case, who was arrested from Aurangabad by the CBI on August 18. Following the court hearing on Sunday, the CBI custody of Sachin was extended till August 30.

The Central Bureau of Investigation (CBI) told the court that one of the accused in the Lankesh murder case had handed over a pistol and three bullets with a magazine to him.

Central Bureau of Investigation (CBI) officials investigating Narendra Dabholkar murder case recover pistol used to kill Gauri Lankesh, while investigating Sachin Andure who is an accused in both the cases. The pistol was recovered from Andure's brother-in-law

Karnataka Deputy Chief Minister also said: "Certainly, there are possibilities of similarities. When we got the bullets & forensic lab checked them, they were fired from same revolver."

Certainly, there are possibilities of similarities. When we got the bullets & forensic lab checked them,they were fired from same revolver:Karnataka Dy CM on CBI recovers pistol used to kill Gauri Lankesh from brother-in-law of Narendra Dabholkar murder case accused Sachin Andure pic.twitter.com/pNEvK3TAdu

Dabholkar, a Pune-based anti-superstition activist, was shot dead while he was on a morning walk in August 2013. Lankesh was shot dead in front of her residence in Bengaluru in September 2017. The CBI told the court that the agency would seek the custody of Sharad Kalaskar, another alleged shooter in the Dabholkar murder case.

During the hearing, it was stated that Sharad Kalaskar, who was arrested by the Anti-Terrorism Squad (ATS) in explosives recovery case from Nalasopara, will be handed over to the CBI after August 28 at the end of his custody, on grounds of the need for a joint interrogation of Kalaskar and Andure.

Apart from the connect established in the killing of Gauri Lankesh and Narendra Dabholkar, a link has also been established with the Nalasopara explosives case, the investigation of which led to Andure's arrest.

“Kalaskar is currently in the custody of the ATS in the Nalasopara explosives seizure case. The CBI will seek his custody in the Dabholkar case also as he and Andure need to be interrogated together,” PTI quoted Special Public prosecutor Vijaykumar Dhakane as saying.

“During Andure’s interrogation, it was revealed that one of the accused in the Lankesh murder case had handed over a 7.65 mm country-made pistol and three bullets to him and he had passed those over to his brother-in-law, Shubham Surale, at Aurangabad (Maharashtra) on August 11,” Dhakane told the court.

The CBI had seized a black-coloured country-made pistol with a magazine and three 7.65 mm “live cartridges” (bullets) from Rege’s Aurangabad residence, Dhakane said, adding that the agency was probing if the weapon was used to kill Dabholkar.

Apart from Kalaskar, the ATS had arrested Vaibhav Raut (40), Sudhanwa Gondhalekar (39), Shrikant Pangarkar and Avinash Pawar (30) in the arms seizure case from various parts of the state.