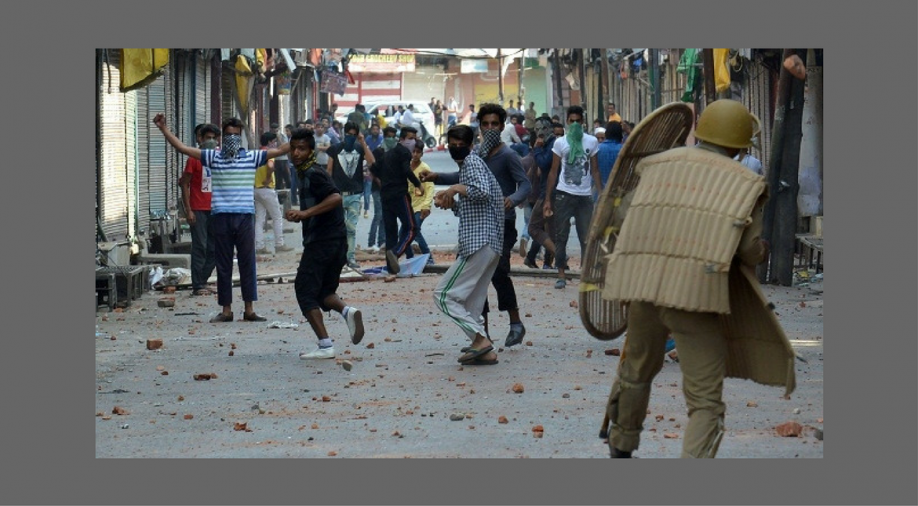 Stone pelting saw a rise after the July 2016 violence in Kashmir. (File photo) Photograph:(DNA)
Follow Us

India's security officials have decided to catch the new recruits alive in order to flesh out information and work their way on the ground.

As India and Pakistan engage in firing across the border, security forces are following a new strategy in Jammu and Kashmir.

According to senior officials interviewed by newswire PTI, Indian police and security agencies are following the "catch them alive"  and "cut the umbilical cord" strategy against terror networks in ground operations.

"Our effort is to catch them alive and understand their grievances. After all, a 15 or 16-year-old boy can't be brainwashed to the extent that he would like to be killed in a gunfight. There has to be a counter-narrative," a senior official told PTI involved in counter-insurgency operations.

The Centre had recently declared that Indian forces in J&K will not launch operations during Ramzan even as terror networks LeT, Lashkar continue to engage Indian security forces. India's security officials have decided to catch the new recruits alive in order to flesh out information and work their way on the ground.

"We have got an indication from our field intelligence that many desire to return. Some parents have also approached us and we have no hesitation in helping them resume their normal life and education at the earliest," a senior police official told PTI.

In this, the security agencies are undertaking a multi-pronged strategy to carry out encounters, work with locals to get intelligence inputs, smash the terror network and take terrorists alive in order to find out the next possible encounter area and the intent of terrorists in sensitive areas.

Indian security officials are also trying to get the youths who have recently joined the terror organizations to return home, contacting their parents to get them back to textbooks.

"My director general of police (S P Vaid) has also appealed to misguided youths and so I am asking them to return to their families," Pani added.

Amid the stone-pelting, Indian security forces are determined to play multiple roles even as records show violence has escalated in the Valley. In this, they are also keeping a close eye on the social media activities in J&K ensuring the videos & messages are not circulated among the populace.

Indian officials report the social media activity of terrorists has also gone down after videos showed terrorists roaming freely in the orchards and forests of Tral, Shopian and Kulgam in south Kashmir.