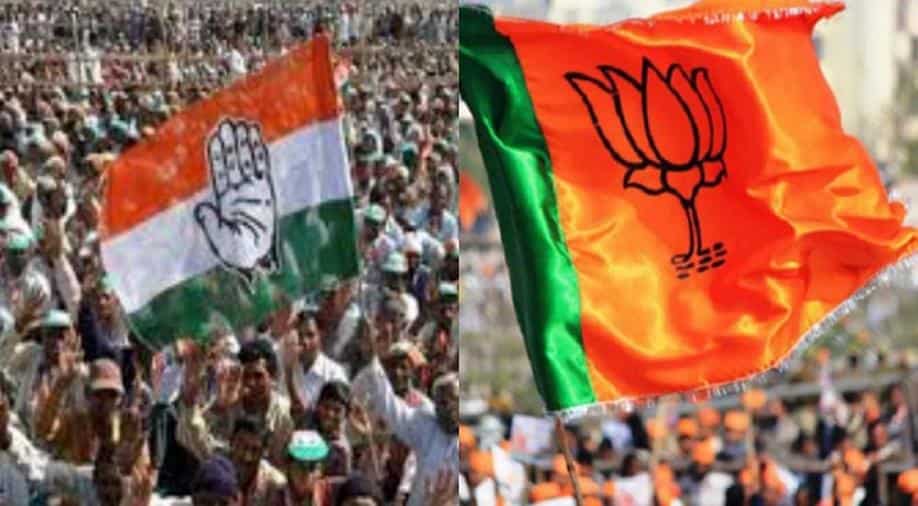 As the counting of votes concluded in the Jammu and Kashmir civic polls on Saturday, the Bharatiya Janata Party emerged as a clear winner in the municipal polls by winning 43 seats, raising its previous strength of 25 in the 75-member body.

The Congress suffered a big loss in the election, winning only 14 seats against its 26 in the 2005 civic polls, election officials said. Then it was ruling Jammu and Kashmir in coalition with the PDP.

In rest of the 446 wards spread across Jammu region covering a total of 36 municipal committees and councils, the BJP had an edge over its rivals in 15 bodies followed by Independents in 12 and the Congress in five, they said.

The BJP won a total of 169 seats in these bodies followed by independents at 167 and the Congress at 96, the officials said.

They attributed the emergence of independents as a strong force in view of the absence of the NC and the PDP, the key regional parties.

The election in a ward in Ramban was countermanded due to the death of a BJP candidate who suffered a heart attack on the day of polling in the second phase on October 10.

The election in the 521 municipal wards in the 10 districts of Jammu was held in the first three phases of the elections in the state, which concluded on October 16, recording a high voter turnout of 68.4 per cent among the over 6.44 lakh electorate.

Thirteen candidates were elected to different municipal wards unopposed, leaving a total of 2,137 candidates in the fray.

The JMC along with seven municipal committees of Jammu went to polls in the first phase on October 8, registering a turnout of 63.8 per cent.

The counting of votes in the winter capital started at a government polytechnic institute at 9 am. As the results started pouring in, BJP leaders and activists came out to celebrate party's victory.

"This is the victory of the people and they have reposed their faith in us. We will continue to serve the people to the best of our ability," BJP state chief Ravinder Raina said while leading the celebrations at party headquarters here.

He said it was the victory of Prime Minister Narendra Modi's vision and efforts to take the country to new heights and the hard work and dedication of party leaders and workers.

The Jammu and Kashmir National Panthers Party (JKNPP) failed to open its account in the majority of the wards, including the JMC.

Party chairman and former minister Harsh Dev Singh alleged rigging and claimed, "It is not the BJP but electronic voting machine (EVM) which won the election for the party."

"EVMs should be replaced with ballot boxes to enure free and fair polls," he said.

Deepak Gupta, the brother of senior BJP leader Kavinder Gupta, was among the prominent candidates who lost the elections.

Bubby was in the centre of a controversy in May when a video of him went viral on social media in which he was purportedly abusing former chief minister Mehbooba Mufti during a 'Dogra Swabhiman rally.

The rally was led by the former minister in support of a demand for a CBI probe into the Kathua rape and murder case.

An FIR was registered against Bubby who was later arrested from Rajasthan's Udaipur in June after evading arrest for nearly a month.

In the seven municipal committees of Jammu, the BJP won Akhnoor with 11 seats, while two seats went to Congress. In Bishnah, the BJP won six seats against seven by Independents.

The Congress and the BJP are the two national political parties battling for municipal authority in the state as the two major regional parties, the National Conference (NC) and the Peoples Democratic Alliance (PDP), have boycotted the elections over lack of clarity in the Centre`s stance on Articles 35A.

The Urban Local Body elections were held after a gap of 13 years.