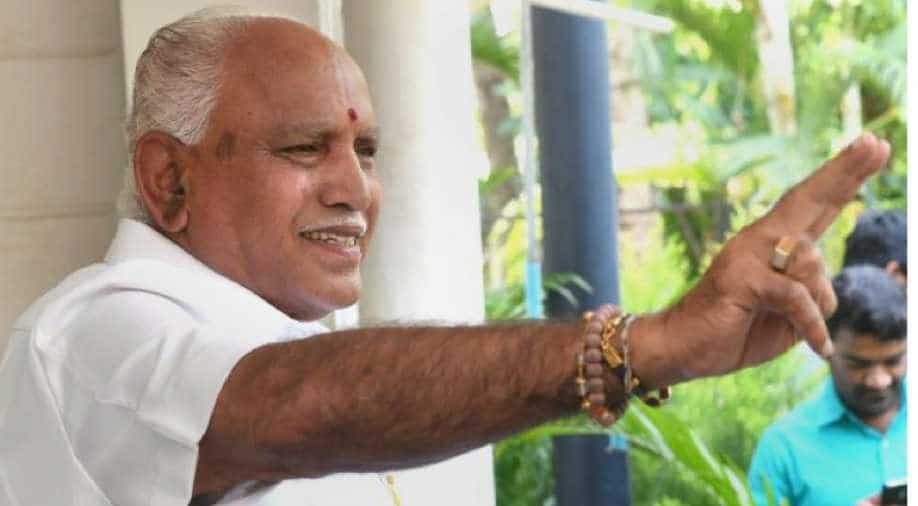 The BJP appeared to give out conciliatory signals as party general secretary CT Ravi said that Yeddyurappa will continue to guide Karnataka and BJP. The party has rubbished claim of a feud within its ranks

Bharatiya Janata Party's (BJP) BS Yediyurappa resigned from the post of Chief Minister of Karnataka on Monday. he had completed two years in his current term.

The BJP appeared to give out conciliatory signals as party general secretary CT Ravi said that Yediyurappa will continue to guide Karnataka and BJP.

"Today Chief Minister BS Yediyurappa`s second year in the fourth term has completed. He has done good work. He will continue to guide Karnataka and BJP. Yediyurappa ji is our senior leader. There are various reports in the news. What is the truth what is a lie, I really do not know. What is going to happen, only time shall decide. I cannot speak much on this issue," CT Ravi was quoted as saying by news agency ANI.

ANI quoted sources to say that replacing four-time chief minister BS Yediyurappa, a Lingayat strongman, from somebody from another community would not be favourable for BJP.

Meanwhile, BJP National President Jagat Prakash Nadda on Sunday also ruled out any crisis in the party`s state unit and said Chief Minister BS Yediyurappa has done a good job."It is your thinking, we do not think this way," said Nadda on being asked whether there is a political crisis in Karnataka.

Addressing a press conference held in Goa, the BJP chief, who is on a two-day visit to Goa ahead of Assembly elections next year, said Yediyurappa is running Karnataka well.

"He has done good work. He is running Karnataka well. Yediyurappa is handling things on his own," said Nadda on being asked about Yediyurappa`s leadership.

For the past several weeks, speculations are doing rounds about Yediyurappa`s exit and the change of guard in the state.

On Thursday, Yediyurappa had expressed to abide by the party`s high command decision and asserted that he will follow the directions of the BJP chief. Yediyurappa strongly denied having tendered his resignation amid speculations about leadership change in Karnataka earlier.

Last month, some BJP MLAs had demanded that Yediyurappa must step down as chief minister.