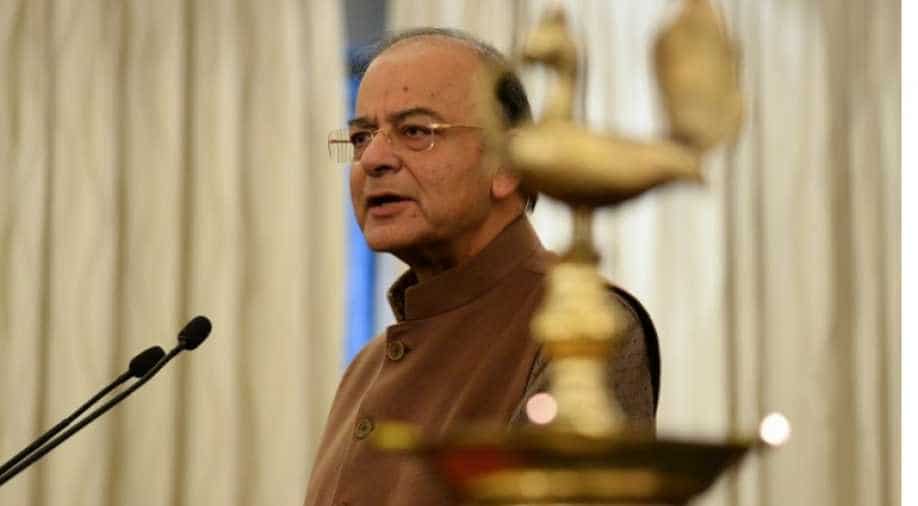 Taking a swipe at the Opposition, he said people have to decide between a government led by one captain or a team of 11 players, and that of 40 captains.

Senior BJP leader Arun Jaitley Sunday launched the party's campaign themes for the Lok Sabha polls and asserted that the choice for people in the elections will be between the "cohesive and tested" government of Prime Minister Narendra Modi and "chaos and mahamilawat" offered by the Opposition.

Taking a swipe at the Opposition, he said people have to decide between a government led by one captain or a team of 11 players, and that of 40 captains.

His party's campaign with the tag line of "Phir ek bar, Modi sarkar" (Modi government, once more) will centre on the Modi's five-year performance, including on the national security front, "honesty", and his ability to take big decisions among other issues, Jaitley told reporters. The Union minister said these promises are not for future as the government has fulfilled them in its five-year term.

The BJP will launch its manifesto on Monday. Jaitley was joined by Union minister Piyush Goyal and BJP general secretary Bhupender Yadav, among others, at the press conference, where they also released slogans and video materials for the party's campaign.

The poor, the middle class and the neo-middle class will be at the centre of the BJP's electioneering, Jaitley said and took a swipe at the Congress for "not even saying a word" on the emerging middle class when it launched its manifesto. In fact, some of the advisers to the Congress have spoken of levying more taxes on this class, he said, adding the Modi government has consistently reduced their taxes, something that has never happened earlier.

The Indian middle class will impact the global economy in the coming decades in the same way the Chinese economy influenced it earlier, he said. Pitching for a majority for the BJP in the Lok Sabha polls as it got in 2014, he said it enabled the party to take decisive and big decisions on a host of measures, including national security, corruption and black money.

Many opposition leaders have spoken about their wish for a hung Parliament and it is now for people to decide, Jaitley said. "The country has decided as to whether a weak centre (government) will be in the country's interest or a decisive prime minister heading a majority government," he said.

On one hand, is a cohesive and tested government and on the other is the choice of chaos and mahamilawat (grand adulteration), he said. The Modi government succeeded in keeping inflation low while also expanding the tax base, reducing taxes on the middle class and spending money on welfare measures and exercises like One Rank One Pension, he said.