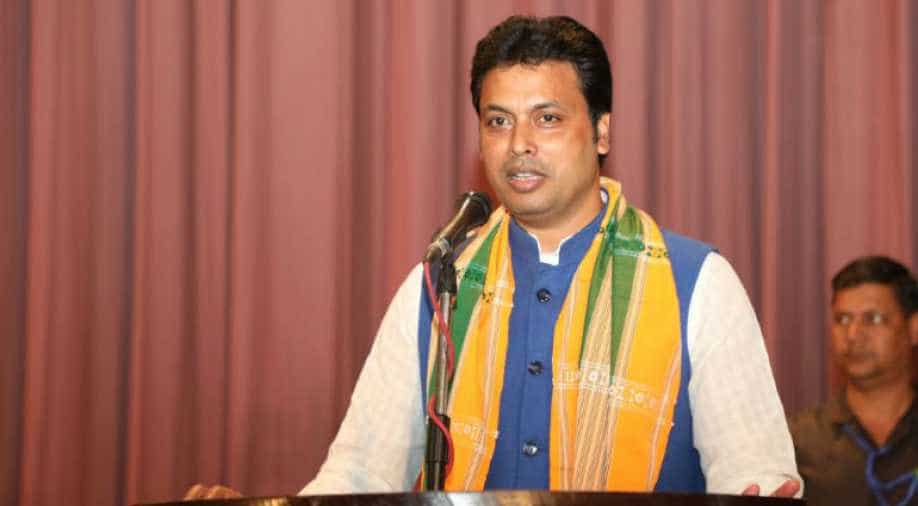 Biplab Kumar Deb will be sworn in as the chief minister of Tripura on Friday, officially ushering the Bharatiya Janata Party (BJP) government in the Left bastion.

Prime Minister Narendra Modi and all the chief ministers of the BJP-ruled states have been invited.

"The swearing-in ceremony will be on March 9 at 10.30 am. We have sent an invitation to the Prime Minister and all the chief ministers of the BJP government. I hope Prime Minister accepts the invitation," said Deb, while addressing the media on Thursday.

The announcement was made at the state guesthouse in Agartala.

Earlier in the month, the BJP and its ally Indigenous People's Front of Tripura (IPFT) scripted history in the assembly election by ending the 25-year reign of the Left Front-led by the Communist Party of India (Marxist), with a two-thirds majority in the Tripura legislative assembly elections.

The BJP won 35 of the 59 seats that went to polls in Tripura, ousting the CPI(M) which won only in 17 assembly constituencies.