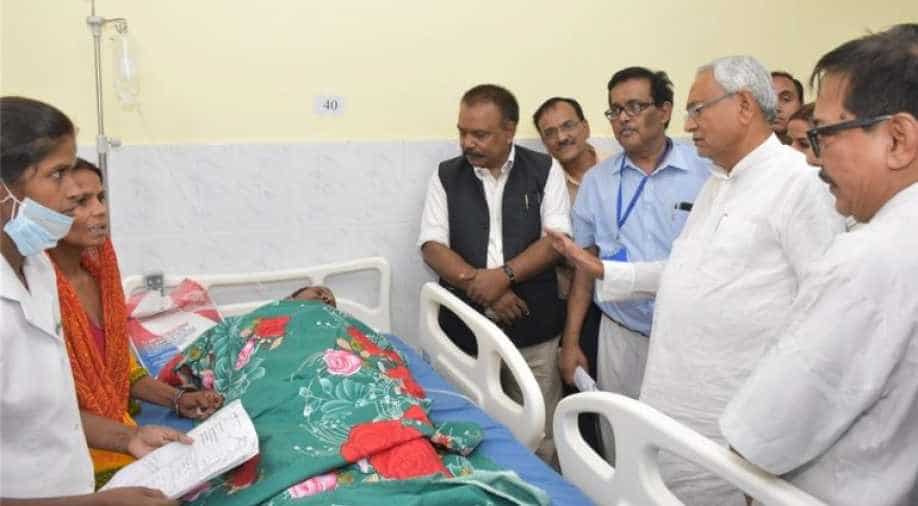 At 58, Aurangabad has reported the highest number of casualties, followed by Gaya (39) and Nawada (14), the control room said.

Bihar Chief Minister Nitish Kumar Thursday issued elaborate instructions to deal with the intense heat wave conditions in the state which has claimed more than 100 lives so far.

According to the control room set up by the state's disaster management department, 101 people have died due to heat stroke and the casualties have been spread across three districts of Aurangabad, Gaya and Nawada.

At 58, Aurangabad has reported the highest number of casualties, followed by Gaya (39) and Nawada (14), the control room said.

After recording a maximum temperature of 40.4 degrees, Gaya received light rainfall bringing respite to the people. The weather department has forecast "overcast sky and thundershowers" for Friday.

However, residents of the state capital, which simmered at 40.2 degrees, are unlikely to get any relief as heat wave is likely to persist over the next 24 hours, the Met office said.

At the meeting held at ANMCH hospital in Gaya, the chief minister instructed the officials to ensure that those admitted upon suffering a heat stroke were provided with the best possible treatment and awareness was spread for prevention.

He also directed administrative officials of Gaya, Nawada and Aurangabad, who were present at the meeting, to ensure that ex gratia was paid at the earliest to the family members of those who have lost their lives.

A presentation was also made before Kumar, apprising him of the health care arrangements in the three districts affected by intense heat wave.

Deliberations were also held on prevention of encephalitis, of which the state has witnessed a massive outbreak, resulting in deaths of more than 130 children.