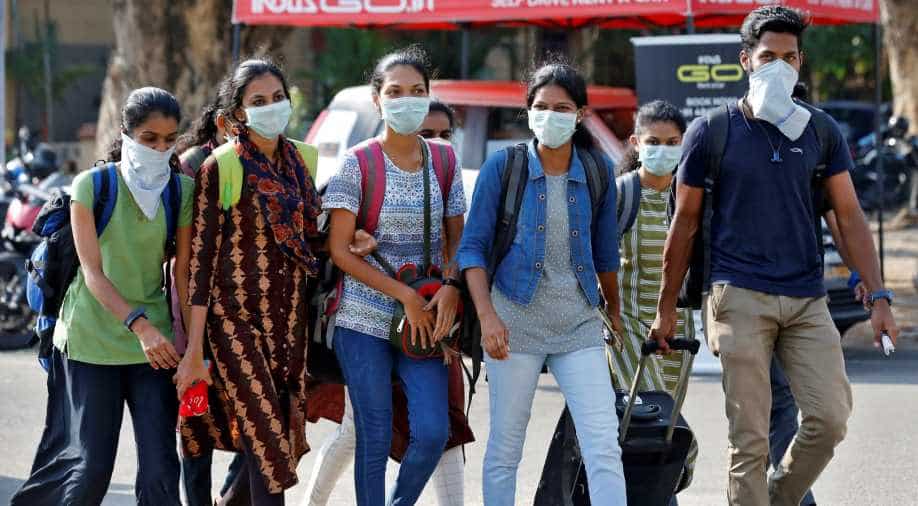 Bhilwara by the end of March had reported 27 cases. The textile town since then has reported just one case

The Indian government is considering plans to tighten control over COVID-19 hotspots while easing restrictions elsewhere. It is a possible way out of the three-week lockdown that will remain in place until April 14.

PM Modi will decide this week whether to extend the lockdown or not that decision will hinge on the trajectory of COVID-19 cases in the country.

So far, India has reported over 5,800 cases and 169 deaths. More than 470 people have been cured and discharged. India has added more than 5,90 cases in the last 24 hours which means India has been reporting over 500 daily cases for a week now.

India's cases have doubled in the last seven days, cases usually double faster - once every four days after the Tablighi Jamaat incident came to light.

Also, more than 80 per cent of confirmed COVID-19 cases in India have been traced to 62 districts. The high concentration of the cases in a few geographies means the government has to take a targetted approach.

So, India's containment strategy will replicate the successful Bhilwara model. Bhilwara by the end of March had reported 27 cases. The textile town since then has reported just one case.

In step number three, the local administration carries out door-to-door screening while identifying people with influenza-like illness and it sends health workers to visit them at least twice a day.

In Bhilwara, more than 22 lakh people were screened, many of them more than once. As part of step number four, the administration implemented aggressive contact tracing while placing all persons who came in contact with the infected person under strict home quarantine.

In step number five, it increased quarantine facilities as the government facilities were unable to handle the strain.

In Bhilwara, the district administration took over four private hospitals & 27 hotels with 1,541 rooms. In step number six , it monitored the rural areas.

The state administration increased monitoring in rural areas as they tend to be more porous and expansive compared to urban areas.

That's not all -- in addition to these steps, disinfection drives were conducted all over the town.

However, the success of any containment strategy in the world is reliant on conducting more and more tests. Private laboratories and hospitals will need to stand shoulder-to-shoulder with the public hospitals.

Now, the Supreme Court's order has made testing free across the country, including at private labs. The directive has not gone down well with the private healthcare industry. India's testing is still low at just over 10,000 tests per day. So far, India has conducted just over one lakh tests.

Whereas, the US and Germany have been testing over 50,000 to one lakh people each day. the top court's main concern and also the cost of testing -- which is quite high at 4,500 rupees per test.

According to India's Supreme Cout judges, the cost is out of means for a large part of the population. They have asked private labs to extend philanthropic services in the hour of national crisis which means effective and unified response to the outbreak.