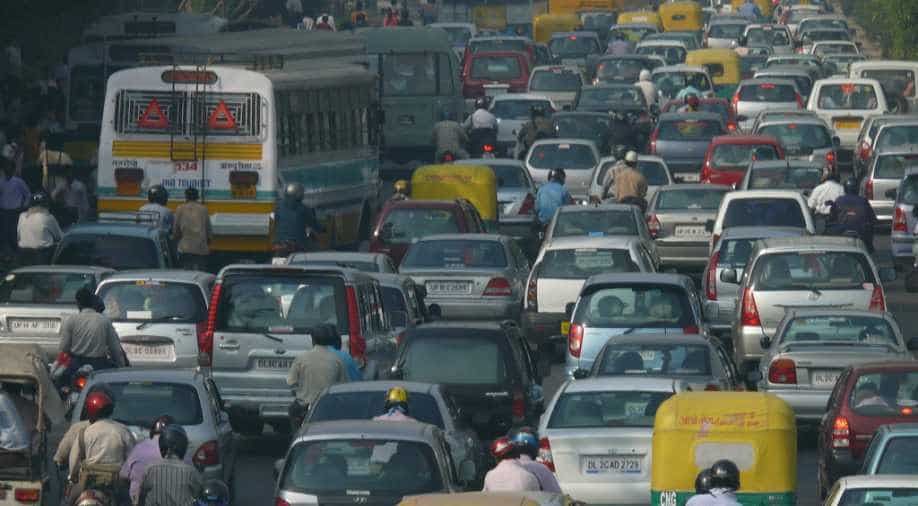 Traffic came to a standstill in the National capital's Connaught place during the "Bharat bandh" protest on Monday.

Traffic is heavy at outer circle Connaught Place near Janpath due to demonstration. Kindly avoid the stretch.

Over hundred people marched to the area protesting against the apex court's order on SC/ST Act.

The protesters blocked roads outside Mandi House metro station disrupting the traffic in Janpath, Barakhamba road, Mandhi House and other areas in Delhi.

An endless stretch of vehicles blocked the roads on Sansad Marg, from Patel Chowk to Jantar Mantar.

Traffic Alert
Motorists going towards Kalindi Kunj from Gazipur, Dallupura and DND are advice to avoid the stretch due to demonstration. Traffic has been diverted from Vasundhara Enclave.

Traffic is heavy in the carriageway from Moolchand towards South Ex. due to ongoing DMRC work. Kindly avoid the stretch.

The commuters in Delhi NCR's Gurgaon and Noida also faced heavy traffic after 10 am.

The protest has led to the death of four persons.