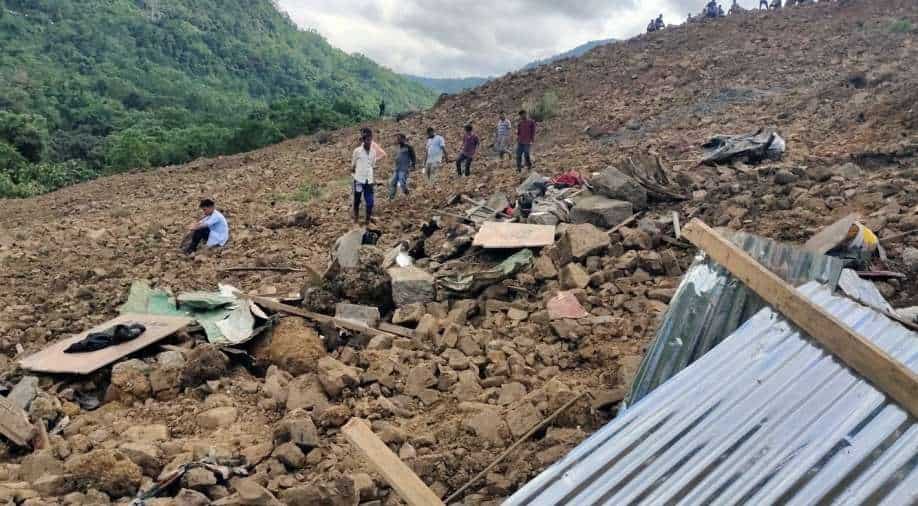 At least 14 people have died while more than 60 are feared buried after a rain-induced landslide wept a railway construction camp, where the workers were sleeping in a makeshift camp, in India’s northeast Manipur state.

The incident took place at Tupul yard railway construction camp in Noney district on Wednesday night. Around 20 people were rescued from the rubble on Thursday morning, while officials are racing against time to find more buried people.

Evacuation of critically injured is in progress but bad weather and fresh landslides are hampering rescue operations, the North-East Frontier Railway CPRO said in a statement.

The Indian Army has been dispatched to join the search, but officials were not optimistic.

The chances of the remaining people surviving are very thin considering the fact that the landslide occurred around 2 am, Haulianlal Guite, District Magistrate of Noney district in Manipur, told Reuters by telephone.

“We're working hard but because of rains & other factors, this happened. It is the main Tulum station where train was supposed to stop. Maybe because of heavy on-going work, some seismic disturbance may have taken place. 13 bodies yet taken out,” DGP P Doungel told ANI news agency on Wednesday evening.

Chief Minister N Biren Singh visited the affected site to take stock of the situation and assured to press more personal for the rescue operation.

“Visited Tupul to take stock of unfortunate landslide situation. I’m thankful to Hon’ble HM Shri Amit Shah Ji for calling me to assess the situation & assured all possible assistance. A team of NDRF has already reached the site for rescue operation," tweeted Singh.

Prime Minister Narendra Modi said he is in touch with the minister and is constantly monitoring the situation.

"Spoke to Manipur CM N Biren Singh and reviewed the situation due to a tragic landslide. Assured all possible support from the Centre. I pray for the safety of all those affected. My thoughts are with bereaved families. May the injured recover soon," Modi tweeted.