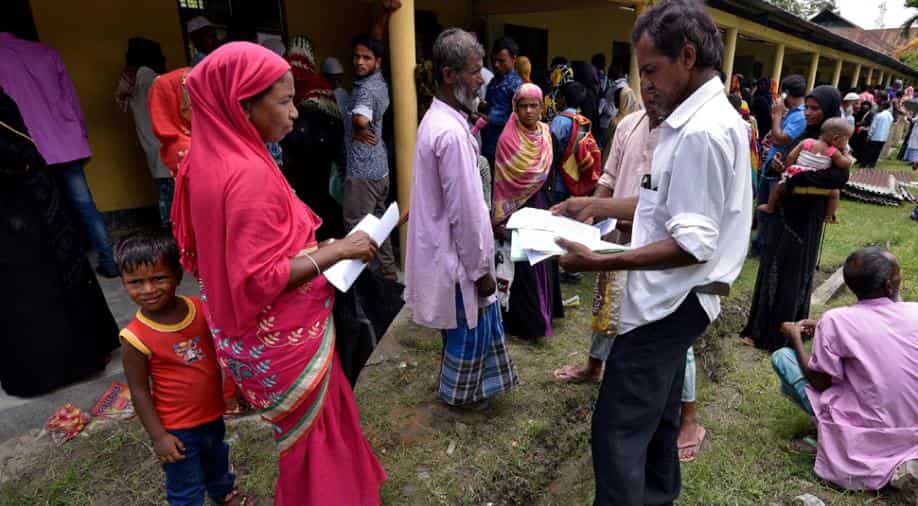 The family has urged the government and NRC authorities to reconsider including in the list the names of people who have proper documents.

The names of 19 members of the family of a freedom fighter were allegedly left out of the final National Register of Citizens (NRC) list in Assam, according to his grandson.

"My grandfather Ahmed Ali was a freedom fighter. He was in the British Army for a year and later joined the Indian freedom movement. Despite belonging to his family, whose name is itself a proof of being an Indian citizen, we were left out of the final NRC list," Abdul Samad Chowdhury told ANI on Monday.

He said that 19 members of his family were excluded from the final list whereas the names of his mother and sister figured in the draft as well as the final list despite having all documents.

"It is humiliating and shocking for me and my family," he said.

A resident of Kaurbaha village of Guwahati district, Chowdhury is also a leader of All India United Democratic Front (AIUDF).

"We also went to Nagrik Sewa Kendra (NSK) in Nagaon with all of our family members. The officials told us to produce school pass certificates and assured us that the issue will be sorted soon. However, we were not included in the final list either," Chowdhury added.

The family has also urged the government and NRC authorities to reconsider including in the list the names of people who have proper documents.

Over 19 lakh people were excluded from the final NRC list that was published on Saturday.

However, those excluded can still apply to the designated Foreigners' Tribunals within 120 days for their cases to be heard.

"A total of 3,11,21,004 persons are found eligible for inclusion in final NRC, leaving out 19,06,657 persons, including those who did not submit their claims," NRC State Coordinator Prateek Hajela had said.

Lockdown could be inevitable in K'taka if people do not cooperate: Yediyurappa