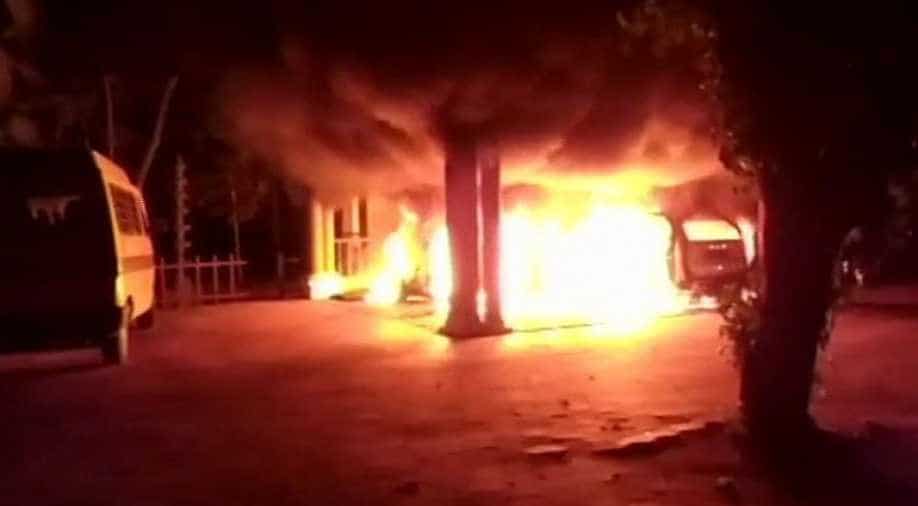 The attack took place at around 2 am and two cars and a scooter were burnt, they said, adding the attackers also left a wreath at the ashram.

Days after coming out in support of the Supreme Court verdict on the entry of women of all ages into Sabarimala temple, Swami Sandeepananda Giri's Salagramam ashram at nearby Kundamonkadavu was attacked early Saturday, police said.

The attack took place at around 2 am and two cars and a scooter were burnt, they said, adding the attackers also left a wreath at the ashram.

Swami Sandeepananda Giri had welcomed the apex court order permitting women in the 10-50 age group to offer prayers at the Lord Ayyappa temple in Sabarimala.

Meanwhile, Chief Minister Pinarayi Vijayan, who visited the ashram, told reporters that stringent action would be taken against the accused, whoever they may be.

Their aim was not to destroy the ashram, but Swamiji, he said.

Reacting to the attack, Sandeepananda Giri alleged that the entire responsibility for the incident was on BJP state president P S Sreedharan Pillai, Thazhamon Madom, the family of traditional head priests of Sabarimala temple and Pandalam Royal family, also associated with the shrine.

DGP Loknath Behara said strong action would be taken to bring the accused to book. "We will not tolerate such incidents in the state," he said.

However, BJP district leadership has denied any role in the attack and demanded an "unbiased" probe into the incident.

The state had witnessed massive protests from devotees at various places, including Sabarimala, Nilakkal and Pamba, against permitting women of all ages to enter the shrine, where the deity is 'Naishtika Brahmachari' (perennial celibate), when the temple was opened for monthly poojas from October 17-22.

At least 12 women in the 'barred' age group (10-50) had tried to trek the hills to offer prayers but had to retreat following widespread protests.