As people refuse to leave furry companions behind, India relaxes norms for bringing back pets from Ukraine 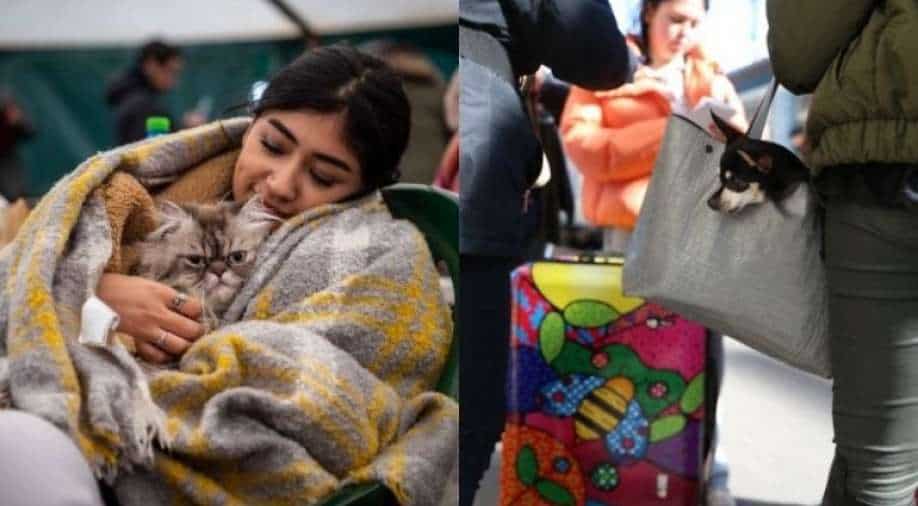 By making this decision, India joins Hungary, Poland, Romania, Slovakia, the Czech Republic, and Lithuania, all of which have streamlined the entry of animals

A piece of good news for Indians fleeing war-torn Ukraine, leaving behind their studies or jobs. It is now at least possible for them to bring back their companion animals, cats and dogs.

"Considering the unique and extraordinary situations in war-hit Ukraine wherein pre-export requisite formalities for export of pets into India may not be fulfilled, the import of pet dogs and/or pet cats along with stranded Indians being rescued by the Government of India is being facilitated as a one-time relaxation measure as under," stated a memorandum issued by the Ministry for Fisheries, Animal Husbandry and Dairying.

Following an appeal for help on social media by Rishabh Kaushik, an Indian student, who refused to leave Ukraine without his puppy, PETA India reached out to Parshottam Rupala, Minister of Fisheries, Animal Husbandry and Dairy.

"Separating animal companions from their guardians would have been another tragedy for those desperately fleeing Ukraine, and it would have only resulted in more heartbreak and unnecessarily lost lives," said PETA India Chief Executive Officer and veterinarian, Manilal Valliyate.

Also read | Amidst thousands of Indians scrambling for home, this 17-year-old decides to stay in Ukraine

As part of the measure, pre-import and post-import conditions will be relaxed, regional veterinarians of all animal quarantine and certification services are directed to coordinate with the respective state veterinary authorities to share information about each import with the Department of Animal Husbandry and Dairying of the Central Government.

There have been reports from Ukraine of people refusing to leave without their companion animals. They have been travelling long distances carrying them, sometimes even in their arms, facing the bitter cold and risks of war trying to find a safe route out.

At least four pet owners have contacted Rescue Every Distressed Indian Overseas (REDIO), an NGO, to ask that their pets be allowed to enter India.

By making this decision, India joins Hungary, Poland, Romania, Slovakia, the Czech Republic, and Lithuania, all of which have streamlined the entry of animals. This enables families, such as Rishabh and his family, to escape war zones with their beloved animal companions.