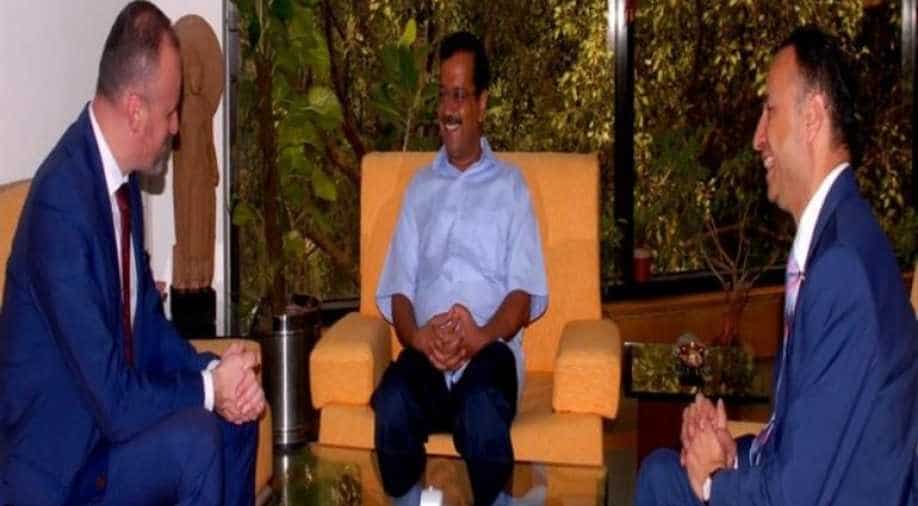 Barr was accompanied by a delegation comprising his ministerial colleagues and Australia`s Deputy High Commissioner to India, Rodney Hilton.

Barr was accompanied by a delegation comprising his ministerial colleagues and Australia's Deputy High Commissioner to India, Rodney Hilton.

Barr discussed important issues concerning the capital cities of the two countries and the almost similar governance structure for the elected governments of Delhi and Canberra.

While addressing the media, after the meeting, Barr said, "We had a productive discussion on several issues. Delhi and Canberra are capital cities, though these vary in size and population. There is a scope of cooperation in several fields, particularly education, health, and environment.

"The visiting Chief Minister said he also sees the potential for cooperation in the fields of tourism research and universities engagement.

"Had a very productive meeting with the Chief Minister of the capital city of Australia. We discussed a range of issues including health, education, and infrastructure. Governments of the two capital cities have decided to learn from each other`s experiences," said Kejriwal.

During the meeting, Deputy Chief Minister Manish Sisodia informed the visiting delegation about the Delhi Education model and elaborated on how the turnaround was achieved during the last four and a half years.

The visiting delegation expressed keenness in knowing about the Mohalla Clinics and how they function. Both sides continued to take forward their engagement with future meetings.

Health and PWD Minister Satyendra Jain and Delhi Chief Secretary Vijay Kumar Dev, among others, were present in the delegation-level talks.