Apply mind before you speak: Defence Minister's advise to politicians on sexist remarks 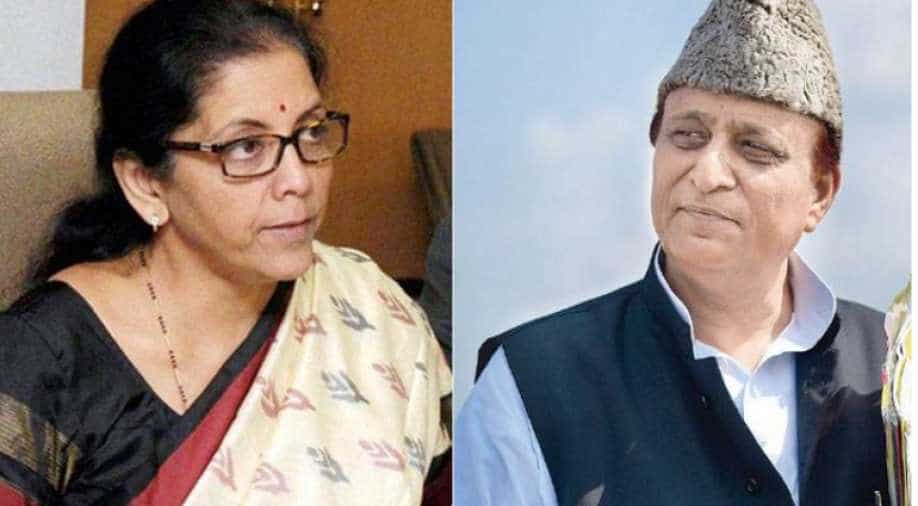 An FIR was registered against Khan for making an objectionable comment against the actor-turned-politician. The SP leader has, however, clarified that he did not name anyone.

In an exclusive interview to ANI, Sitharaman said, "100 per cent. It is always easy to hit at a woman when you talk about other things which don't become part of the conversation or which are not germane to the discussion. You easily pick up on things which are very personal or are gender specific and not called for at all. I find that coming very easily without a thought."

"That is where I think all of us think before the word comes out of the vocal cord to the lips. There should be some kind of momentary application of mind at least," said the Defence Minister on Jaya Prada and other women politicians who have to face sexist remarks from male counterparts.

On Sunday, Samajwadi Party (SP) leader Azam Khan had said in a public rally that "I brought her (Jaya Prada) to Rampur. You are a witness that I did not allow anyone to touch her body. It took you 17 years to identify her real face but I got to know in 17 days that she wears khaki underwear."

The Defence Minister asserted that politicians should respect one another.

"We have to draw a line. Irrespective of the party line I think we have all learnt from good public discourse. It should be in the back of our minds what we talk about in politics as that is the legacy we leave behind for the next generation and we have a responsibility towards it," Sitharaman said.

An FIR was registered against Khan for making an objectionable comment against the actor-turned-politician. The SP leader has, however, clarified that he did not name anyone.

Questioned about her meeting Congress MP Shashi Tharoor in a hospital in Thiruvananthapuram, the Defence Minister said she had gone to meet the ailing leader during election campaign there as he had suffered an injury while performing a ritual at a temple.

"So, I thought that it was right that I go to the hospital and wish him well. I had not informed anybody including people in my party circles. On my way back to the airport, I thought I should visit him in the hospital and that is it," the Defence Minister said.

In the times when political leaders are not known to show such civility to political rivals, the picture of Sitharaman calling on the bed-ridden Tharoor has been appreciated very widely on social media.