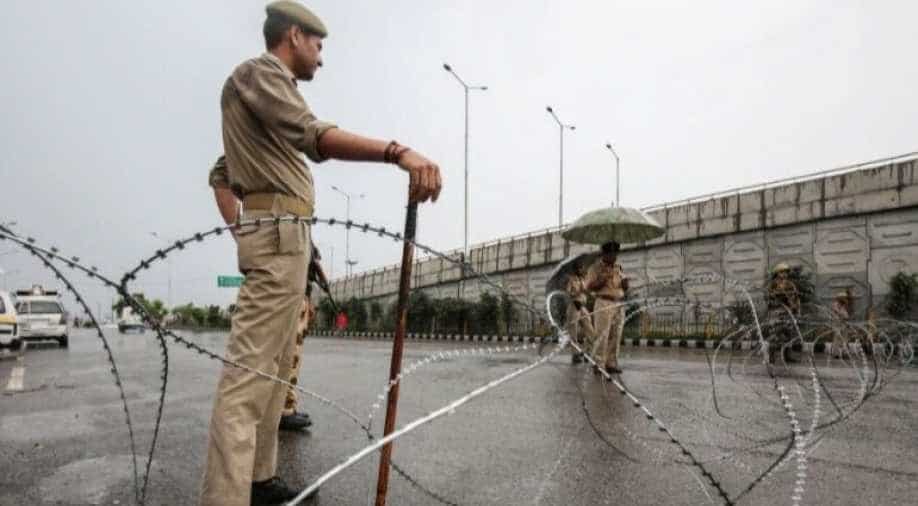 The Indian Overseas Congress hit back at the "malicious" statement by the BJP, which it said was "another attempt to distract people from their failures."

BJP on Thursday hit out at the Congress after a delegation of the opposition party`s UK representatives met Labour Party leader Jeremy Corbyn and discussed the "human rights situation in Kashmir".

Terming it as "appalling" the BJP said India will give a befitting reply to the Congress for these "shameful shenanigans."

Meanwhile, the Indian Overseas Congress hit back at the "malicious" statement by the BJP, which it said was "another attempt to distract people from their failures."

"Our meeting with @jeremycorbyn was held to condemn the Kashmir resolution passed by his Party & to reiterate that J&K is an internal matter & outside intervention will not be accepted," the Indian Overseas Congress tweeted.

Corbyn put out a tweet about the very "productive meeting" he had with the Congress delegation and called for "de-escalation" and end of "cycle of violence" in the region.

"A very productive meeting with UK representatives from the Indian Congress Party where we discussed the human rights situation in Kashmir. There must be de-escalation and an end to the cycle of violence and fear which has plagued the region for so long," the British politician posted.

Soon after, the BJP hit back at the Congress for raking up the Kashmir issue in the meeting.

"Appalling! @INCIndia owes it to the people of India to explain what its leaders are telling foreign leaders about India. India will give a befitting reply to Congress for these shameful shenanigans!" the party said on its official Twitter handle.

"We are shocked by this misrepresentation and any unauthorised statement that has been made on behalf of the Congress party. The delegation of Indian Overseas Congress that met has neither a mandate nor any authorisation to speak on any matter which pertains to policies or India`s domestic issues.

They are supposed to be only confined to the Indian diaspora," said Sharma.

The Congress spokesperson added that: "The INC`s position is firm, consistent and clear as articulated in our working committee resolution of August 6."

"Any issue pertaining to Jammu and Kashmir are purely India`s internal affairs. So what the Congress party has to say is communicated officially here and no other entity, individual or a body has any authority to do so. We disown any such claim in entirety. I am conveying this to the leadership of the Labour Party," he said.

On September 26, Britain`s opposition Labour Party had passed an emergency resolution on Kashmir at the party`s annual conference in Brighton which calls for the entry of international observers into the region.

The motion was a response to the decision by the government of Prime Minister Narendra Modi to bifurcate Jammu and Kashmir into two Union Territories and withdraw the region`s special status under Article 370.

Even at that time, the BJP strongly condemned the move and termed it a blatant interference in India`s internal matter.

The UK government`s official stance on Kashmir is that it remains a bilateral issue between India and Pakistan.

Last month, Pakistan Prime Minister Imran Khan had quoted the Congress while launching an attack on New Delhi over the Kashmir issue. He had even mentioned the Congress party during his speech in the UN General Assembly in New York last month.