Another fraud detected in PNB worth over 9 crores in Brady House branch: CBI 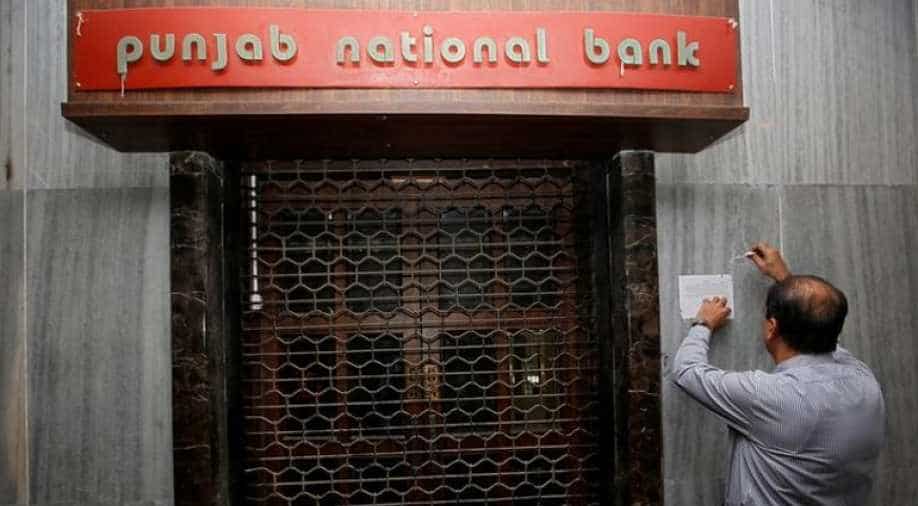 File photo of a Mumbai branch of the Punjab National Bank. Photograph:( Reuters )

Punjab National Bank(PNB) has detected another fraud at the Brady House branch in Mumbai, according to the CBI. The fraud was committed at the same branch in Mumbai where Nirav Modi's multi-crore scam was unearthed last month.

The CBI has registered a fresh case relating to the "fraudulent" issuance of Rs 9 crore of LoUs to Chandri Papers and Allied Products by PNB's Brady House branch, at the centre of a storm over a similar fraud by billionaire jewellers Nirav Modi and Mehul Choksi.

Retired PNB employee Gokulnath Shetty and single-window operator at the branch, Manoj Kharat, who are facing CBI probe in the Modi-Choksi case, have been booked by the agency in the fresh FIR registered by it, the officials said.

The agency has also named the company and its directors as accused in the case, officials quoted PTI as saying.

After filing the FIR on March 9, the agency carried out searches at various locations, sources told PTI.

The CBI has alleged that Shetty retired on May 31, 2017, and Kharat entered into criminal conspiracy with directors of the company Aditya Rasiwasia and Ishwardas Agarwal.

The agency has alleged that as part of the conspiracy to defraud the public sector bank, they got issued two Letters of Undertaking (LoUs) for $1.4 million (about Rs 9.09 crore at the rate of Rs 64 per dollar) favouring SBI Antwerp, Belgium, they said.

The fraud is alleged to have been committed at the same branch in Mumbai where Nirav Modi's multi-crore scam was unearthed last month.

The fraud amounts to over 9 crores($1.36 million) of a company named Chandri Paper and Allied Products Pvt Ltd, CBI said.

Recently, the RBI had banned commercial banks from issuing Letters of Undertaking (LoUs) and and Letters of Comfort (LoCs) for trade finance as it was seen as a major loophole behind the PNB scam.

PNB had reported the fraudulent issuance of LoUs/Foreign Letters of Credit for payment of import bills and fraudulent transactions in accounts, amounting to Rs 12,967.86 crore.

Indian authorities have been trailing Nirav Modi and Mehul Chowksi ever since the scam was detected, however, their exact whereabouts are still unknown even though the CBI has sent notices through Interpol and IT officials.