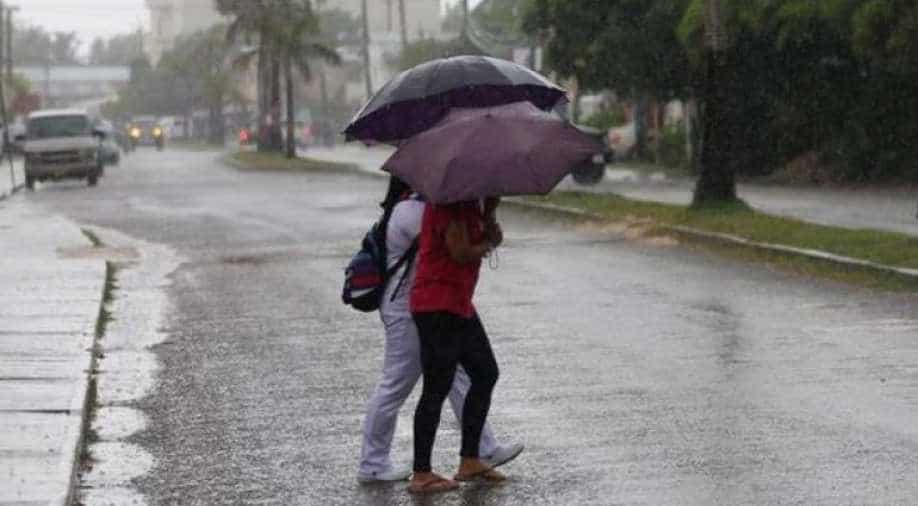 The Andhra Pradesh government has issued a high alert in several regions after Godavari and Krishna rivers went in spate following heavy rains.

After the alert, people from villages situated on the banks of the rivers were moved to safer places.

The State Disaster Management Authority (SDMA) has, however, assured that there was no loss of life or damage to property.

Krishna, the second major river in Andhra Pradesh was in spate due to continuous rain in Krishna and Guntur districts over the last two days that led to a surge in the water flow in many rivulets that empty into the river.

The surge affected 28 villages of the two Godavari districts.

Over a hundred acres of standing crops were affected in the two districts due to the surging water.

The high alert was put on the rain hit region after Chief Minister N Chandrababu Naidu spoke to collectors of the districts.

The government has opened 16 relief camps each in West and East Godavari districts for the evacuated villagers.

About 2982 people were lodged in relief camps in East and 6336 in West Godavari district.

Three teams of national disaster response force and six of SDRF, with 80 and 220 personnel respectively, have been deployed in the flood-hit areas in the two Godavari districts.

Besides, 118 personnel of the state disaster response and fire services department are also on duty.

They are using 13 boats and 400 life jackets to ferry stranded people to safety, the SDMA said, adding that three satellite phones are also being used for communication in remote villages.

Medical teams have also been positioned to tackle any emergency.

The Chief Ministers Office said 1210 tmcft from Godavari and 14 tmcft from Krishna flowed into the Bay of Bengal this season while the storage in various reservoirs in the state touched 420 tmcft.